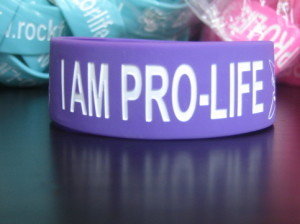 January 16, 2020 (LifeSiteNews) – Three more localities in Texas voted recently to declare themselves “sanctuary cities for the unborn,” registering their communities’ disapproval of abortion and intention to outlaw it once they are allowed to do so.

Big Spring and Colorado City voted for the ordinances on Tuesday, with Rusk doing so the week before, the Texas Tribune reported. Big Springs’ City Council must vote one more time to grant the measure final approval.

In addition to the declarations on abortion (which do not exempt abortions due to rape or incest), the measures empower families of post-abortive women the ability to sue abortionists for emotional distress, and the Colorado City version would also prohibit the sale of the contraceptive Plan B, which can also function as an abortifacient.

“To say we can't ban abortion is simply not true,” Right to Life of East Texas director John Dixon told Fox News. Dixon has been traveling across Texas to advocate the ordinances, with “every intention of targeting every part of the state.”

“We're passing laws because resolutions do not prevent abortion clinics from coming into cities, but ordinances, a law put in place, will,” he said. “This is a strong stance that babies will not be murdered in our cities. We need to stand up with our leaders in bringing this Holocaust to an end once and for all.”

Previous Texas towns to adopt “sanctuary for the unborn” ordinances include Waskom, Naples, Joaquin, Tenaha, and Gilmer. Fox noted that Mineral Wells, Omaha, and Jacksboro ultimately rejected them due to legal fears, and Abilene will be voting on one next week.