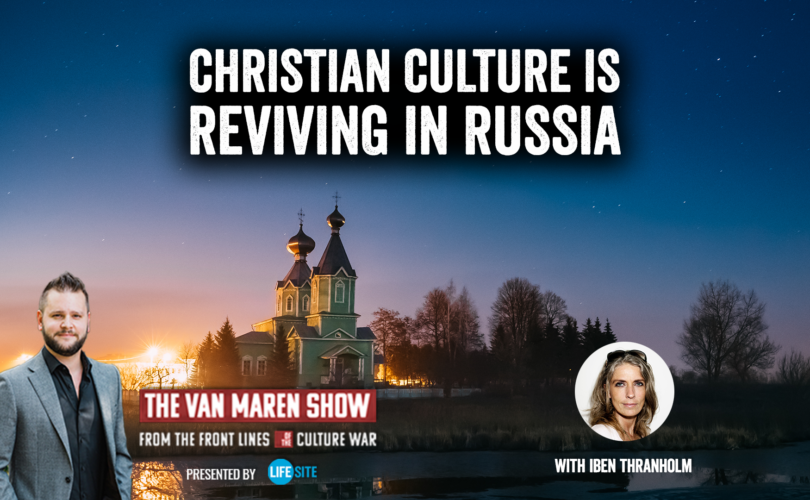 June 9, 2021 (LifeSiteNews) — In this episode of The Van Maren Show, Jonathon interviews Danish journalist Iben Thranholm about the revival of Christianity and traditional values in Russia, as well as the growing secularism and wokeism in the West and the ramifications of the coronavirus pandemic and lockdowns.

Besides being a popular columnist and reporter in Denmark, Thranholm is a theologian and convert to Catholicism from the Lutheran Church. As a journalist, she has written extensively on Russia and on how Christianity is reviving in old Communist countries ever since the fall of the Soviet Union. After visiting Moscow several years ago, she describes how symbols of Christianity are openly expressed in the public sphere.

Thranholm highlights how many people in the West believe Russia still is evil. She says that people have not been told by the mainstream media that Christian, Western civilization and Russia share many cultural roots in the faith. “[The Russian people] just want to rebuild their Russian culture … and the heart of Russian culture is Orthodoxy.”

Thranholm discusses the growing influence of “woke” culture and the transformation of gender roles in the West. She says that in Denmark traditional roles for men and women have become so distorted “that every second marriage in my country will end in a divorce.” She states that Russia has become very attractive to people because it has revived a sense of moral values, similar to 1950s America, with an “old traditional lifestyle.”

Lastly, Thranholm talks about how COVID-19 has become the new “false religion.” She points out that other ideologies have also been turned into “religions,” including the climate change movement. She says that the culture has easily accepted coronavirus regulations because it “is not now driven by faith, but by fear.”