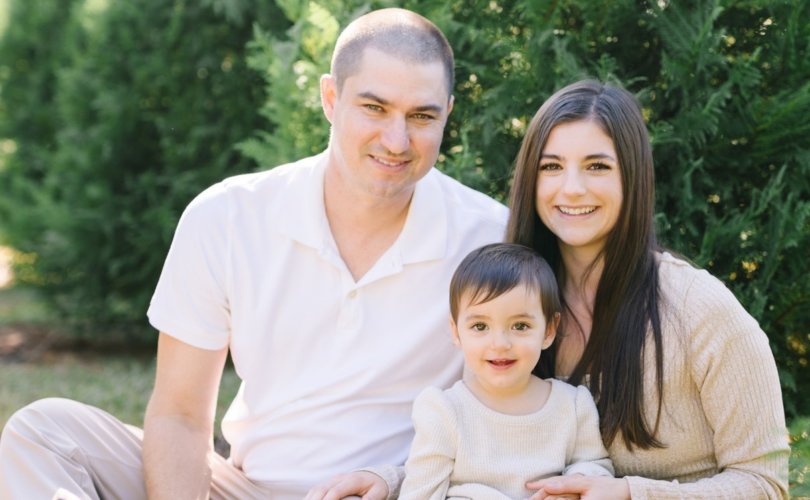 PONCHATOULA, Louisiana (LifeSiteNews) – A healthy 33-year-old husband and father died last week of an autoimmune reaction that his doctors say is linked to Pfizer’s COVID vaccine.

Brandon Pollet, a Louisiana instrument mechanic and father of a one-year-old daughter, died Friday after being diagnosed with multiple immune disorders. Pollet’s conditions began to develop immediately after his second Pfizer shot at the end of August, according to a GoFundMe fundraiser set up for his medical and funeral expenses.

Our sincerest condolences to the Pollet family. 😔

“A man with local ties died Jan. 28 after doctors say his second COVID vaccine caused an immune response that led to the development of an autoimmune disease.”
1/ #lalege https://t.co/CVsub8h82c

Though he sought medical advice, his health deteriorated for weeks before he was finally hospitalized in October.

“Brandon had no prior medical history,” his wife, Jessica Pollet, told the St. Charles Herald Guide. “After his second Pfizer vaccine, Brandon developed a headache right away then fever 48 hours after.”

Pollet was first hospitalized between October 21 and November 7 and was diagnosed with Still’s Disease, a rare, possibly life-threatening autoimmune disease. He remained seriously ill with high fevers even after returning home, however, and was re-admitted December 14.

In December, Pollet was also diagnosed with hemophagocytic lymphohistiocytosis (HLC), another deadly immune disorder, his wife said. His treatments included chemotherapy, steroids, and daily infusions with blood products and insulin, among other things.

“Unfortunately, none of the usual treatments have worked,” Mrs. Pollet said. “The doctors have agreed that the COVID vaccine caused an immune response that led to the development of the autoimmune disease and HLH.”

“The community has organized blood drives and a GoFundMe account to support Brandon and to help us pay medical bills. We ask for your thoughts and prayers,” she added. The Pollets’ GoFundMe page has so far raised more than $42,000 for the family.

In a recent Facebook post, the grieving widow vowed to raise awareness about vaccine injuries and wrote that if more people had spoken up, her husband’s death could have been avoided.

“This is not the way we want to spread awareness about vaccine injuries but we have no choice now,” she said in message addressed to her late husband. “If other people would have spoken up, maybe your outcome would have been different. But, now we will use your story to help many others and hopefully change their outcome.”

At the same time, the vaccines have proved unable to stop transmission of the virus. Recent data has shown that vaccinated people have higher infection rates than the unvaccinated and have driven record COVID spikes around the world since the emergence of omicron.