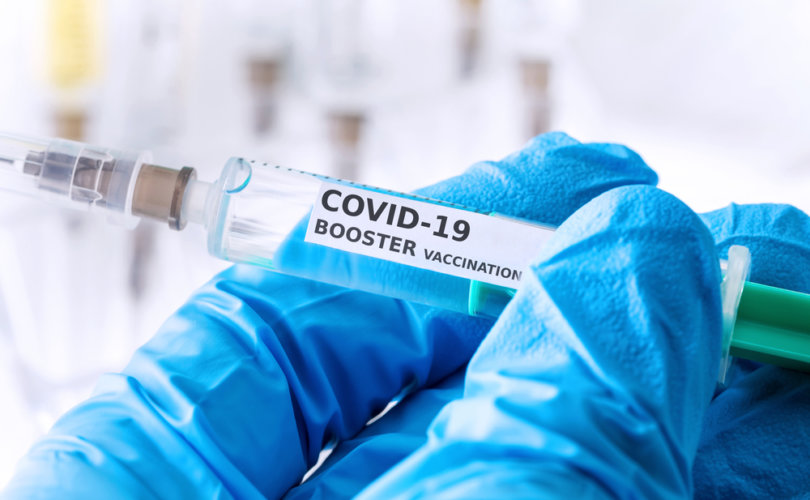 (LifeSiteNews) — A 33-year-old man from New York state was found dead in his bathroom by his mother in the early hours of November 25, less than 48 hours after receiving the Pfizer-BioNTech booster shot, according to the Vaccine Adverse Event Reporting System (VAERS).

The unidentified man was included among the deaths listed by VAERS, a database co-led by the Food and Drug Administration (FDA) and the Centers for Disease Control and Prevention (CDC).

“MOTHER REPORTED THAT LATER IN THE DAY SON WENT INTO THE BATHROOM AND WAS IN THERE FOR SOME TIME, WHEN SHE WENT TO CHECK ON HIM, SHE COULD NOT GET THE DOOR OPEN. UPON OPENING THE DOOR, SON WAS FOUND UNRESPONSIVE. ATTEMPTS TO REVIVE SON BY MEDICAL PERSONEL WERE UNSUCCESSFUL. PER MOTHER AN AUTOPSY IS SCHEDULED BUT AS OF REPORTING NO CAUSE OF DEATH HAS BEEN LISTED,” it added.

Per the report, the symptoms experienced by the now-deceased man were unresponsiveness to stimuli, fatigue, malaise, and pyrexia (fever).

This is far from the only instance of death linked to the COVID-19 jabs. According to the most recent VAERS data, 19,886 deaths have been reported in the system, a total that exceeds more than all other vaccines combined since 1990.

While almost 20,000 deaths in such a short timeframe is certainly jarring to many, it remains a concern that these figures are just “the tip of the iceberg,” as a 2010 Harvard-executed study commissioned by the Department of Health and Human Services (HHS) revealed that reported vaccine injuries to VAERS represent an estimated 1% of actual injuries.

Strangely, there has been no discussion of halting this experimental COVID-19 vaccine drive despite the death count being 65 times higher than it was in 1976 when the government suspended its swine flu vaccine campaign after just 10 weeks due to 40 sudden deaths and several hundred reports of Guillain-Barré syndrome.

The push to vaccinate the majority of the world’s population in order to prevent serious disease for those who are not at risk to begin with – the CDC reports an infection survival rate of greater than 99.95% for those under age 50 — adds to the skepticism surrounding the increased push for COVID booster shots. Meanwhile, the list of FDA-recognized adverse events has grown from severe anaphylactic reactions to include fatal thrombotic events, the inflammatory heart condition myocarditis, and neurologically disabling disease like Guillain-Barré Syndrome.