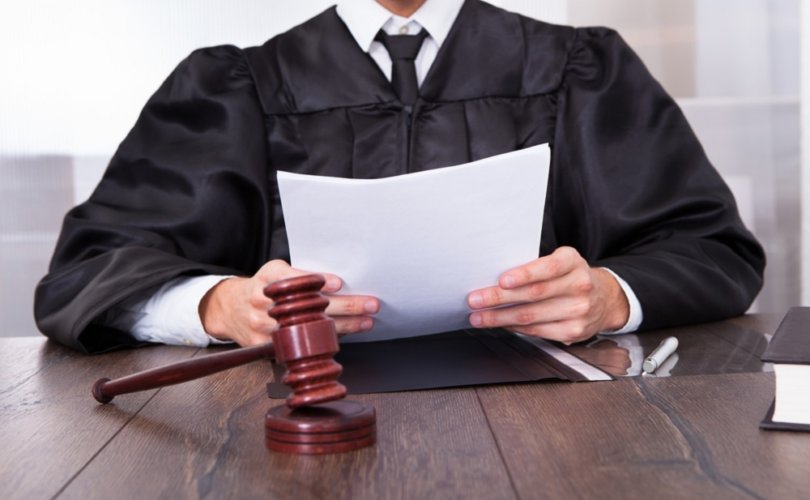 UNITED KINGDOM, June 11, 2020 (LifeSiteNews) — A 34-year-old man in the U.K. has died after a High Court judge ruled that removing food and water from him, while keeping him in an artificial coma, so that it would lead to his eventual death was in the patient’s “best interest.”

The patient, who needed a permanent stoma (surgical hole in the stomach to collect digestive waste by means of a colostomy bag), had indicated earlier this year that he would not want to live with a condition that hindered his social or sex life.

But the man, who for now may only be referred to as MSP, last month agreed to surgery to form a stoma immediately after his surgeon informed him that his life was at risk.

Following his surgery, Barnsley Hospital sought a legal judgment on its proposed plan to continue sedation while withdrawing food and fluids from the patient.

Mr. Justice Hayden ruled on June 1 that such a course was in MSP’s “best interests” and lawyers representing Barnsley Hospital have now confirmed that the man has died.

“Dr W considers that if MSP’s wishes are to be given effect, there should be withdrawal of artificial nutrition and hydration with continued sedation which, ultimately, will compromise respiration and lead to MSP’s death,” Mr. Justice Hayden noted before ruling that such a course was in the MSP’s “best interests.”

Hayden justified his decision by saying an advance directive written by MSP in February 2020, as well as evidence given by his mother, made clear that he “would unhesitatingly reject the striking artificiality of parenteral feeding” and that in such an “exercise of his personal autonomy he is entitled to take that decision which this court is required to and does respect.”

MSP had a history of chronic bowel issues and had surgery in October 2019 to form a temporary stoma, which was then reversed at his request on May 14. Within weeks, his condition worsened, and on May 27, he agreed to surgery to form a stoma immediately after his surgeon informed him his life was at risk.

“It was clear from the evidence of the case that this was a young man who was struggling to come to grips with his illness, but who was also vulnerable and had a history of self-harming and bi-polar disorder,” Andrea Williams, chief executive of Christian Concern, said in a press release.

“Despite that, when he was faced with the biggest existential crisis of his life, whether he should live or he should die, he chose life. Mr Justice Hayden admits that MSP was fully competent to give his consent to the procedure but chose to override that consent,” WIlliams continued.

“For a court of law to decide that a 34-year-old man who asked for a procedure to be done and who would have had some level of meaningful recovery would nonetheless be sedated and then deprived of hydration and food until he died is an absolute horror. Let’s be clear, on the basis of the judgment, Mr Justice Hayden decided to override the express wishes of a patient with the ability to recover and ordered him to die.”

Dr. Anthony McCarthy of the U.K. pro-life group the Society for the Protection of Unborn Children (SPUC) told LifeSiteNews that “deaths such as these are especially tragic as they come about as a result of a culture and judicial system which act unthinkingly, to patients' great harm, on false prior perceptions of what makes human lives have value.”

In 2018, Justice Hayden ruled that it was in the “best interests” to discontinue treatment and remove life support from toddler Alfie Evans, when hospital doctors said that the baby was essentially brain-dead and had no quality of life. Video taken by Alfie’s parents had shown that the child was “very much alive,” reacting to stimuli such as lights and his father's voice, displaying a variety of activity including yawning and stretching and taking breaths on his own.

The Christian Legal Centre (CLC) is urging the U.K. government to establish an urgent public inquiry to review the cases where doctors were ordered to switch off life support by the Court of Protection or the Family Division of the High Court.