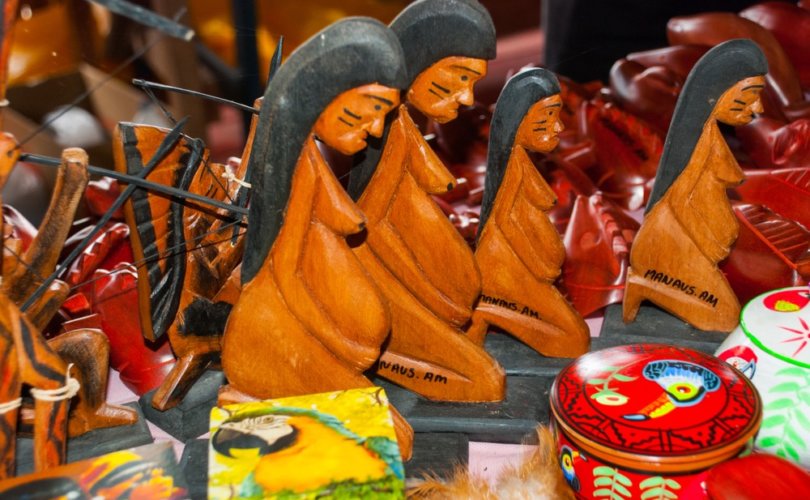 ROME, December 3, 2019 (LifeSiteNews) — Catholics are reminded to heed a call by four exorcist-priests to make reparations on Friday, Dec. 6, for the worship of the pagan idol Pachamama that took place in the Vatican Gardens prior to the opening of the Amazon Synod.

In a statement, four exorcists, who wished to remain anonymous, called on Catholics to pray and make reparation through prayer, fasting, and abstinence for pagan rituals conducted at the Vatican. They stated: “These events bring home the reality that we are in spiritual warfare and that warfare is happening within the Church itself.”

The exorcists suggested praying the rosary; taking on some form of penance, such as fasting, abstinence, and other forms of mortification; and offering prayers to the Sacred Heart of Jesus. They also encouraged Catholics to make a Holy Hour in front of the Blessed Sacrament and attend Mass this Friday.

In their letter, the exorcists encouraged all Catholics who “recognize the evil of the events” to join them in offering prayers and penance to drive out “any diabolic influence within the Church that has been gained as a result of these recent events — along with any other events.”

The date suggested for reparation falls during Advent, which comprises the weeks leading to Christmas, when many Catholics increase their acts of charity and practice fasting and penance.

During the Amazon Synod that took place at the Vatican in October, when prelates and laity of the Amazonian region of South America conferred about evangelization and the possibility of ordained married men in the priesthood, the pope watched as priests and Andean natives prostrated themselves before a wooden image of a naked pregnant woman that represented Pachamama (an Andean earth goddess) at the Vatican Gardens. Pope Francis also blessed the image that was processed into the Basilica of St. Peter and also placed within the nearby Church of St. Maria in Traspontina.