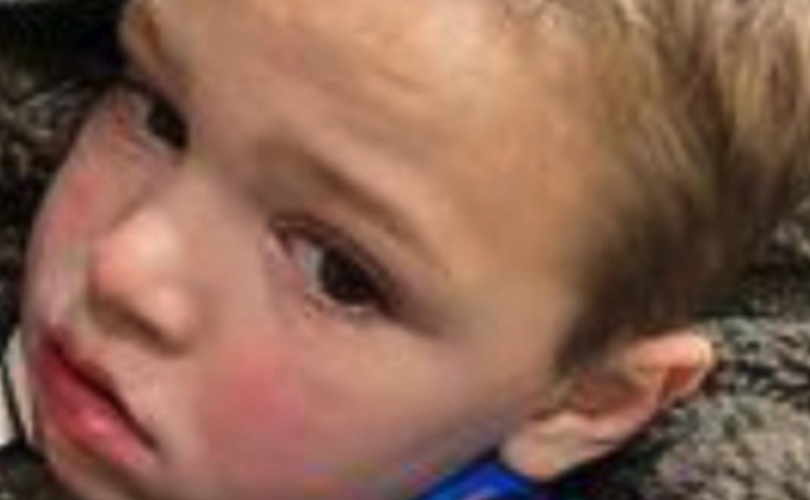 CUMBRIA, UK (LifeSiteNews) – A four-year-old British boy developed hypothermia after his school isolated him outside in a “shed” due to a mild cold suspected of being COVID.

Chloé Wilby told News & Star last week that Wigton Infant School put her son, Mason, in an “outdoor shed” after seeing that he had a runny nose and slight cough. She said the school called her to pick up the boy as soon as possible, without informing her that he was being held outside in 40-degree weather with no heating.

When she arrived, Wilby found her four-year-old with “hands red raw, eyes watering like mad, snotty nose down his face.”

“He couldn’t talk” and was “shivering like mad,” she said. “They even made him eat his lunch outside, no toys, no games, nothing.”

Wilby was instructed to call an ambulance after taking Mason to a doctor, as he had developed hypothermia.

A four-year-old boy developed hypothermia after his school put him in isolation in an outdoor classroom, his mother has said.

Staff at Wigton Infant School, in Cumbria, ‘feared his symptoms could have been coronavirus and put him in isolation' until he could be collected. pic.twitter.com/UavwZISIxt

Geoff Norman, the headteacher of the progressive, pro-LGBT school, defended Wigton’s outdoor isolation policy in a statement published by the News & Star:

“The priority for everyone in Wigton Infant School has always been the wellbeing of the children, which now more than ever includes reducing the chance of infection across the school and caring for children who are ill at school,” he said. “This includes moving children who display Covid-19 symptoms to a separate space with a member of staff until they can be picked up by a parent or carer.”

“For several months we have been using our outdoor classroom for this purpose and this has worked well,” he added. Norman said that Wigton will cease using the facility, which appears to be the school’s “learning shed,” to isolate children with alleged COVID-19 symptoms.

Cumbria Police investigated the incident but did not make any charges, according to The Sun. The case has been referred to Cumbria County Council.

Young children are at increased risk of hypothermia, which can be fatal if left untreated, according to the Cleveland Clinic.

Virtually no children of any age face significant health risks from COVID-19. Between just 0 percent and 0.03 percent of all child COVID cases in the United States have resulted in deaths. And in Germany, zero healthy kids between the ages of 5 and 18 died of the virus during the first 15 months of the pandemic, a recent study found.

Wigton Infant School isn’t the only school under fire for exposing young children to dangerously low temperatures due to COVID-19.

In Portland, Oregon, kindergartners at Capitol Hill Elementary School were filmed eating lunch outside, The Post Millennial reported Wednesday. The children were socially distanced and sitting on buckets.

Kindergarteners are forced to eat lunch outside in 40 degree weather at Capitol Hill Elementary School in Portland, Oregon.

“As a parent of a student at Capitol Hill Elementary, this policy is abhorrent,” one parent told The Post Millennial. “I am beyond furious, especially knowing children are low risk.”

“We’ve been patient with all of the policies here in Portland in hopes of not being ostracized within the community, but this is the last straw,” the parent continued. “I will be picking my child up to have lunch at home.”