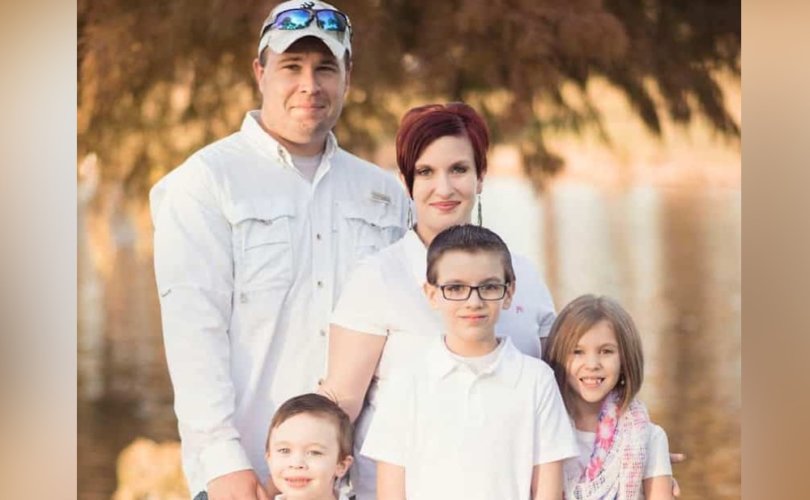 DALLAS, Texas, October 11, 2019 (LifeSiteNews) – A Texas county court ruled on October 7 that a 4-year-old forcibly removed from his parents in June will be moved from foster care to the care of a family friend.

Judge Tracy Gray ordered that Drake Pardo be placed with the physical therapist he had seen for the past year, despite Child Protection Services’ recommendation that he remain in foster care.

The physical therapist started treating Drake more than a year ago after he had brain surgery. She testified about Drake’s significant needs and his progress during therapy. She is also a mother of a special needs son and has nurses that assist in caring for him. The judge ruled that being under the care of the physical therapist and the nurses would be beneficial for Drake.

The judge’s ruling provided a small victory for a family that has been separated from their son for almost five months.

Drake has been in foster care since June 20 when he was forcibly removed from his parents’ home. He could not be moved from foster care to a family or friend’s home until a home visit was completed to ensure a quality placement. A home visit should have been completed months earlier, according to Lambert.

“We have been trying since June to get a home study done so that Drake might be placed somewhere besides foster care. That was supposed to happen in the investigation stage, which was in June,” Lambert told LifeSiteNews

During an August 9 hearing, Judge Gray ordered CPS to expedite the home visit required for Drake’s placement outside of foster care and complete it two weeks rather than the average 30-60 days.

Two months later, CPS still had not completed the home visit. The family’s lawyer, Chris Branson, filed a motion to compel CPS to complete the order and asked the judge to sanction CPS for not following the court order. Within two hours of Branson’s filing, CPS submitted their completed home visit report.

“Within two hours of his filing, they (CPS) posted their response,” Lambert told LifeSiteNews.

In court, the CPS supervisor admitted that she did not request the contractor expedite the home study or mention there was a court deadline.

Judge Gray did not sanction CPS, arguing that Daniel Pardo, Drake’s father, was also late on completing his psychological evaluation. The judge asked both parties to be more deliberate in meeting the court’s orders.

“It is amazing that you have a state agency that is making excuses for not getting their job done as the court has ordered it and here is this family who the dad is having to take time off of work and someone even said his job has been jeopardized,” Lambert told LifeSiteNews.

The CPS-funded psychologist had recommended Drake remain in foster care, arguing that he needed to be around healthy children due to a diagnosis of somatic symptom disorder (SSD) in which someone acts sick but is not really sick. The psychologist diagnosed Drake with SSD based on his lack of boundaries and a statement he made about “tubes” and “wheelchairs.”’

“She believes he is not sick, but is acting sick. He has learned to act sick,” Lambert told LifeSiteNews. “She focused on lack of boundaries; he would sit in your lap. Someone pointed out at the hearing that this child has been diagnosed with autism as well.”

A common symptom of autism is a lack of social understanding that can lead to a lack of boundaries.

Additionally, the psychologist admitted that she altered her report.

“The psychologist who did a psych evaluation for Drake; she acknowledged that she changed her report at the request of CPS,” Lambert said.

Asked why CPS was dragging its feet, Lambert said it is not related to Drake’s case but is a pattern of behavior with the organization. He referenced a Houston Chronicle-NBC News series highlighting CPS abuses and errors.

“I wish I could say you have a few rogue caseworkers, but this looks like a systemic problem where you have an agency that when they make a mistake they circle the wagons and they throw a family and children under the bus to protect their careers,” Lambert told LifeSiteNews.

The Pardo family is awaiting a response to their writ of mandamus filed with the Texas Supreme Court. The Texas Solicitor General will submit a briefing to the court on October 18. If the briefing is favorable, it could lead to Drake being returned home.