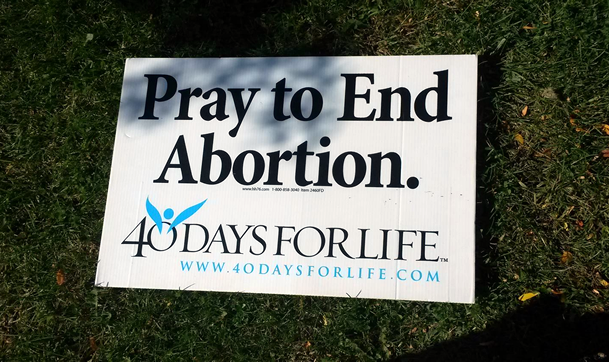 September 15, 2016 (LifeSiteNews) — Forty Days for Life will embark on a national bus tour during its next biannual prayer and fasting campaign that begins September 28.

The need for this bus tour to unite Americans in prayer comes from “cultural chaos, moral breakdown, political toxicity,” and “attacks against faith, family, life, and religious freedom,” the pro-life organization announced in a video promoting it.

“Poll after poll reveals that an overwhelming majority of Americans feel our nation is on the wrong track,” 40 Days for Life CEO David Bereit said. “And when pressed, many respondents cite growing disillusionment with politics and government, along with frustration over increasing attacks against faith, family, religious freedom, and human life. It’s time for this to change.”

The tour is called UNITED, and it will visit more than 125 cities in 40 days. UNITED will begin with a rally outside the U.S. Supreme Court on September 27, the eve of the fall 40 Days for Life campaign.

Forty Days for Life campaigns consist of 40 days of prayer and fasting, community outreach, and constant, peaceful vigil in public spaces outside of abortion facilities.

Since 40 Days for Life began in 2007, its volunteers have saved 11,796 babies from abortion. More than 130 abortion workers have quit and 75 abortion centers have closed during or following 40 Days for Life campaigns.

Abby Johnson, then a Planned Parenthood director, quit her job and became a pro-life activist in the place where 40 Days for Life started.

The locations and dates when the UNITED bus will join 40 Days for Life rallies can be found here.