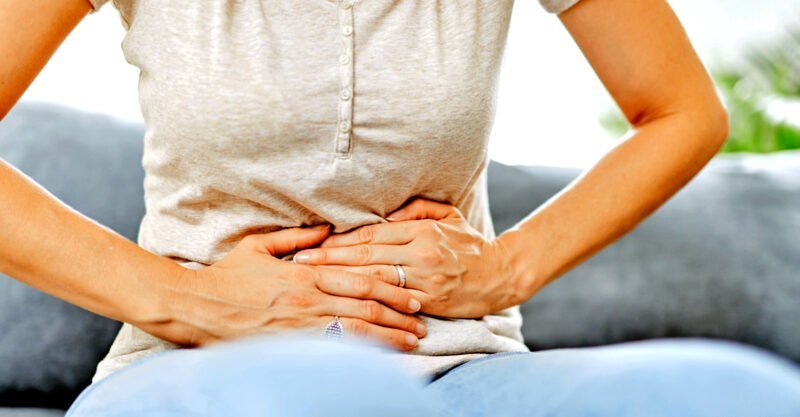 (Children’s Health Defense) – In the largest study of its kind to date, 42 percent of women who were menstruating regularly reported breakthrough bleeding after receiving a COVID-19 vaccine

Study participants, who did not normally menstruate – including women on long-acting contraceptives and post-menopausal women – also experienced unusual bleeding.

Researchers in April 2021 launched the survey after thousands of women reported changes to their menstrual cycles and unusual bleeding after getting vaccinated.

The survey sample included 39,129 currently and formerly menstruating participants between the ages of 18 and 80 who were fully vaccinated with Pfizer-BioNTech, Moderna, Johnson & Johnson (J&J), Novavax, or AstraZeneca COVID vaccines and had not previously had COVID-19.

Researchers collected data for three months to provide clinicians and the public with a description of trends.

According to the results of the survey, published last week in the journal Science Advances, 42 percent of women with regular menstrual cycles bled more heavily than usual after receiving a COVID-19 vaccine.

“We found that increased/breakthrough bleeding was significantly associated with age, systemic vaccine side effects (fever and/or fatigue), history of pregnancy or birth and ethnicity,” researchers wrote.

The remainder of the respondents said they were menstruating at the time of vaccination (dose 1: 12.7 percent; dose 2: 12.5 percent).

In total, 42.1 percent of respondents reported heavier menstrual flow after receiving a COVID-19 vaccine, 14.3 percent reported their periods were “not heavier,” which was characterized by a mix of lighter or no change and 43.6 percent reported no change to flow.

Researchers found a heavier menstrual flow was more likely in respondents who were of non-white race, were Hispanic, were older, had a diagnosed reproductive condition, used hormonal contraception, were pregnant in the past – whether or not they had given birth – and those who had given birth or experienced a fever or fatigue after receiving a COVID-19 vaccine.

Among postmenopausal women who had not bled for at least 12 months and were not on any hormonal treatments, breakthrough bleeding was reported by 66 percent of respondents. According to the authors, vaccine trial protocols do not typically monitor for major adverse events for more than seven days, and additional follow-up communications do not inquire about menstrual cycles or bleeding.

As a result, manufacturers failed to address whether the changes were coincidental or a potential side effect of the vaccines.

“In media coverage, medical doctors and public health experts hastened to say that there was ‘no biological mechanism’ or ‘no data’ to support a relationship between vaccine administration and menstrual changes,” the researchers wrote. “In other cases, experts declared that these changes were more likely a result of stress.”

Researchers emphasized that “menstrual bleeding changes of this nature are generally not indicative of changes to fertility,” although the survey did not examine the effects of COVID-19 vaccines or menstrual changes triggered by the vaccines on fertility, nor did the clinical trials of U.S.-authorized vaccines Pfizer, Moderna, J&J and Novavax adequately assess the effects of their products on fertility, as the companies’ own documents indicate.

“Because the study relied on self-reported experiences logged more than 14 days after vaccination, it cannot establish causality or be seen as predictive of people in the general population,” co-author Katharine Lee, an anthropology professor at Tulane University, said in a press release.

“But it can point to potential associations between a person’s reproductive history, hormonal status, demographics, and changes in menstruation following COVID-19 vaccination.”

“A group of us from Millions Against Medical Mandates noticed that women who were simply around those who had recently had this inoculation were having bleeding problems. Little girls visiting recently inoculated grandparents were having vaginal bleeding. There are even VAERS [Vaccine Adverse Event Reporting System] reports of little girls dying from vaginal hemorrhaging just from being around those who had the shot. And that’s why we created My Cycle Story.

We just recently got all that data published – mostly in terms of the enormous increase of decidual cast shedding in women who had just been around those who had had the shot.”

Northrup said there were 40 cases spanning 109 years of decidual cast shedding in the world literature and “I think we had more than 292 cases reported over 7.5 months in 2021.”

According to Northrup, a group of people, including Brian Hooker, Ph.D., Tiffany Parotto and Dr. James Thorp ­– who specializes in internal fetal medicine – got together to analyze the data from My Cycle Story.

“We had about 6,000 women fill out our survey,” Northrup said. “Most of them had not had the shot. So the new data that those who’ve had the shot are having menstrual difficulties does not surprise us at all, and they have not referred to our early data.”

“We see this as a massive problem because we know that the lipid nanoparticles in the shot or in the shedding go to the ovaries at 64 times the concentration of other organs, so we are very concerned about future fertility.”

In their research, Northrup and others hypothesized that the COVID-19 vaccine “interrupts the complex balance of ovulation orchestrated by the hypothalamic-pituitary-ovarian axis and thus produces anovulatory bleeding disorders.”

“It is known from COVID-19 mRNA vaccine documents that there is concentration of the nanolipid particles and the mRNA cargo in the ovaries,” they stated. “This produces a significant inflammatory response in the ovaries and could contribute to menstrual abnormalities, although there are many other potential mechanisms that could be involved.”

As The Defender reported last year, there are many ways vaccination could alter menstruation – a process that relies on the immune system.

Dr. Lawrence Palevsky – a licensed pediatrician and member of the independent research group collecting data from unvaccinated women who experienced menstrual changes after being around others who recently received COVID-19 vaccines – said a necessary study would examine the contents of the injection, assess the chemical natures of the content, and analyze their effects on human physiology and women’s reproductive systems.

Palevsky told The Defender he believes the spike protein could play a role in the menstrual irregularities women are reporting, along with “other factors we may not know because no one is doing the appropriate research.”