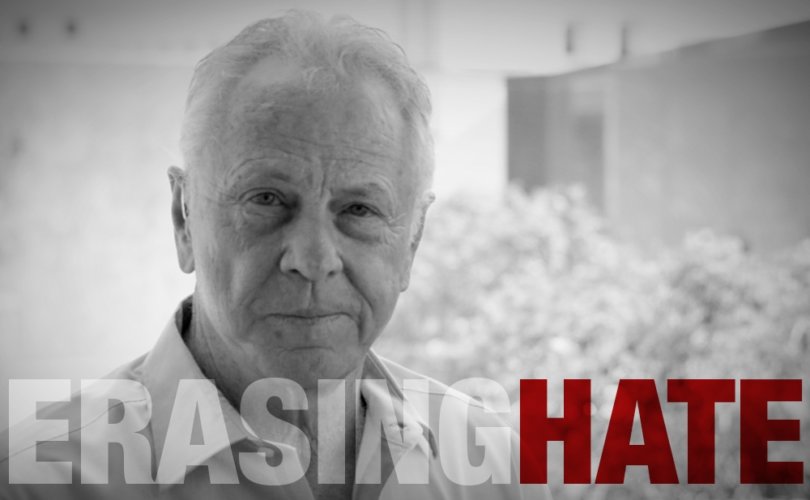 Morris Dees' Southern Poverty Law Center is under the gun after a $3.4 million settlement for defamation.

SPLC’s ostensible mission is to monitor hate groups, but is notorious for applying the “hate” label to mainstream Christian, pro-family, and conservative groups. Earlier this week, it admitted defeat in a defamation suit brought by the British-based Quilliam Foundation. SPLC issued a public apology for labeling the group “anti-Muslim extremists” and agreed to pay $3.4 million.

The new letter, signed by representatives of the Family Research Council, the Ruth Institute, Liberty Counsel, Eagle Forum, and more — all of whom have been “maligned, defamed, and otherwise harmed” by SPLC’s “groundless epithets” — cites the settlement as the latest reason for disavowing SPLC.

“Editors, CEOs, shareholders and consumers alike are on notice: anyone relying upon and repeating its misrepresentations is complicit in the SPLC’s harmful defamation of large numbers of American citizens who, like the undersigned, have been vilified simply for working to protect our country and freedoms,” the letter reads (the full text of the letter and complete list of signatories is published at the bottom of this report).

SPLC has antagonized conservative groups for years, using its influence to sway treatment of conservatives by journalists, social media platforms, tech companies, and various businesses. Its work has even been used in government agencies, despite figures like former SPLC spokesman Mark Potok admitting on video their true purpose is to “completely destroy” organizations whose ideology SPLC deems beyond the pale.

SPLC has gotten the online donation processing service Vanco (which is affiliated with Wells Fargo) to cut ties with the Ruth Institute; convinced the charity monitor GuideStar to label 46 conservative organizations, including FRC and the American College of Pediatricians, as “hate groups”; inspired “hard news” reports from ABC, NBC, and others to identify the religious liberty firm Alliance Defending Freedom (ADF) as a “hate group”; and more.

Facebook, Twitter, Google, and Amazon all partner with SPLC to varying degrees, to help identify alleged “hate groups” and “hateful content” to restrict or block from their services. The FBI even used SPLC as a resource on hate crimes until 2014, when it was removed during the Obama administration. The Pentagon under President Donald Trump dropped it as a resource in October 2017.

Last August, D. James Kennedy Ministries (DJMK), formerly known as Coral Ridge Ministries, filed a defamation suit against SPLC for calling it a “hate” group. Floyd Lee Corkins, the man who shot a FRC security guard and intended to kill more staffers for being “anti-gay” in 2013, said SPLC’s “hate map” helped him select a target, but CNN promoted the map in 2017 anyway (SPLC condemned the crime).

The joint statement follows the news earlier this week that “at least 60” conservative groups are currently considering whether to file their own lawsuits against SPLC in the wake of Quilliam’s victory. None have yet announced plans to do so, but the organization’s high-profile defeat has inspired conservative leaders to take the idea very seriously.

We, the undersigned, are among the organizations, groups and individuals that the Southern Poverty Law Center (SPLC) has maligned, defamed and otherwise harmed by falsely describing as “haters,” “bigots,” “Islamophobes” and/or other groundless epithets. We are gratified that the SPLC has today formally acknowledged that it has engaged in such misrepresentations.

In an out-of-court settlement announced today, the Southern Poverty Law Center formally apologized in writing and via video for having falsely listed Maajid Nawaz and the Quilliam Foundation as “anti-Muslim extremists” in one of the SPLC’s most notorious products, The Field Guide to Anti-Muslim Extremists. It also agreed to pay them $3.375 million, tangible proof that the SPLC, which amounts to little more than a leftist instrument of political warfare against those with whom it disagrees, fully deserves the infamy it has lately earned. For example, in addition to its settlement with Nawaz and Quilliam, the organization has had to disavow multiple misstatements and other errors in its reporting in the past few months. Journalists who uncritically parrot or cite the SPLC’s unfounded characterizations of those it reviles do a profound disservice to their audiences.

Editors, CEOs, shareholders and consumers alike are on notice: anyone relying upon and repeating its misrepresentations is complicit in the SPLC’s harmful defamation of large numbers of American citizens who, like the undersigned, have been vilified simply for working to protect our country and freedoms.

With this significant piece of evidence in mind, we call on government agencies, journalists, corporations, social media providers and web platforms (i.e., Google, Twitter, YouTube and Amazon) that have relied upon this discredited organization to dissociate themselves from the Southern Poverty Law Center and its ongoing effort to defame and vilify mainstream conservative organizations.

Dr. Bill Warner
Center for the Study of Political Islam