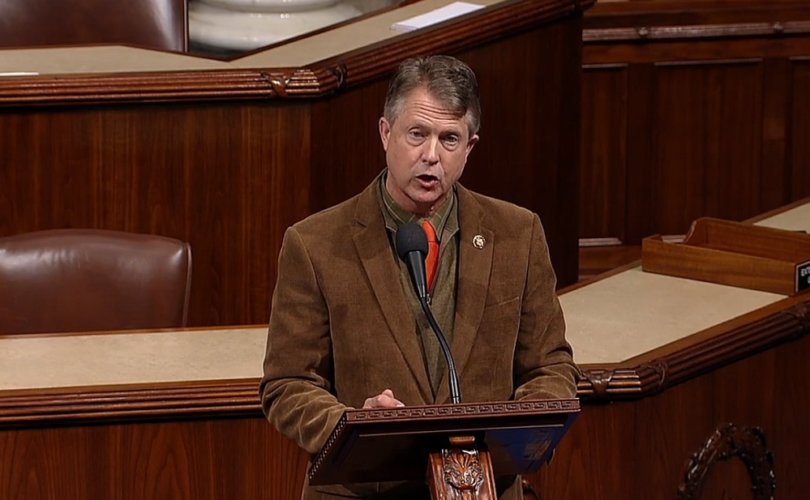 September 25, 2020 (LifeSiteNews) — Led by Congressman Roger Marshall, M.D., 49 members of Congress have sent a letter to U.S. attorney general William Barr calling for an investigation of abortionists who violated the Partial Birth Abortion Ban passed in 2003. This information has been corroborated in testimonial videos published by the Center for Medical Progress.

Marshall, who represents the 1st District of Kansas, stated that “as a pro-life American and OB/GYN who worked for over 25 years to save the lives of both mothers and babies, it is beyond sickening to see and hear confessions of such heinous acts being committed in our country.” The members of Congress have asked for an investigation of specific actions taken by the vice president of abortion access at Planned Parenthood Gulf Coast, Tram Nguyen, who admitted under oath to murdering babies “intact” so as to harvest their body parts. As the congressional press release reads, the abortionists were “deliberately killing a partially delivered baby.” Late last month, CMP released this video testimony from the April 2019 court hearing.

This latest development comes after another letter from 28 Republican lawmakers was sent to Barr and FBI director Chris Wray in August, requesting information on “any federal investigation of Planned Parenthood over the notorious baby-parts scandal first exposed in 2015” by CMP and lead investigative journalist David Daleiden.

Marshall states in the letter his commitment to stand “up for the life of all babies, born and unborn,” and that those in power “must hold these physicians and the organizations backing and supporting them accountable for their actions.” The Partial-Birth Abortion Ban legislation states that any abortionist who breaks the law will face fines or imprisonment for the violation.

On Wednesday, President Donald Trump announced the signing of a separate executive order “to ensure that all precious babies born alive, no matter their circumstances,” including after an attempted abortion, “receive the medical care that they deserve.”

Inquiries similar to the one in Marshall’s letter have been sent in recent years from members of Congress to Trump administration officials without any response back.

The full letter from the 49 congressmen can be read here.