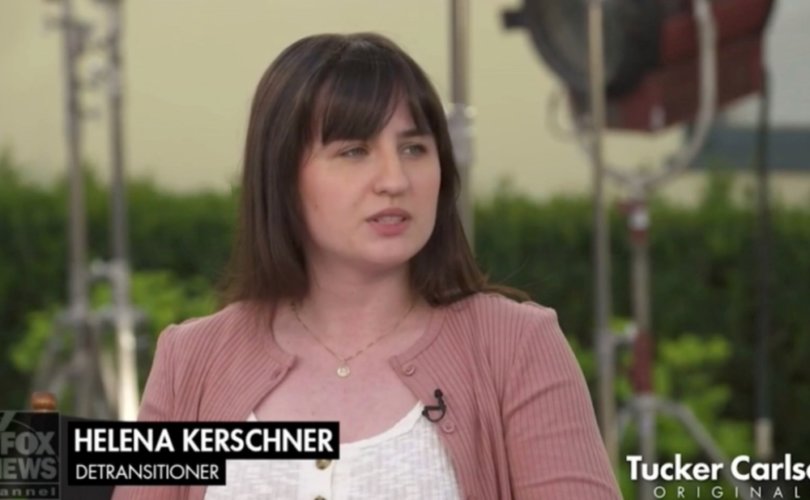 (LifeSiteNews) – LGBT activists and parents are pushing for kids to begin “transitioning” at a younger and younger age, which may include the chemical and genital mutilation of children. These procedures can have long-lasting psychological and physical effects.

Walter Heyer, a man who once pretended to be a woman, warns that transitioning is ‘child abuse’ that causes further physical and psychological damage

Walter Heyer runs a website called sexchangeregret.com and he used to live as a woman. He has commented that transitioning caused him “emotional, psychological, and eventually… sexual child abuse.”

“The diagnosis of gender dysphoria prematurely puts people on a path to transition while trivializing and dismissing contributing factors such as alcohol and drug abuse, sexual fetishes and co-existing psychological disorders,” he wrote in 2019.  “It pathologizes children who innocently experiment with gender roles or who exhibit various anxieties. The result is physical and psychological harm, unhappiness, regret, and a significant rise in suicide.”

‘Scott’ Newgent, a woman who went through transgender surgeries to appear as a man, has frequently warned about the harms she faced after ‘transitioning’

“I have suffered tremendously, including seven surgeries, a pulmonary embolism, an induced stress heart attack, sepsis, a 17-month recurring infection, 16 rounds of antibiotics, three weeks of daily IV antibiotics, arm reconstructive surgery, lung, heart and bladder damage, insomnia, hallucinations, PTSD, $1 million in medical expenses, and loss of home, car, career and marriage,” Newgent wrote in 2021. “All this, and yet I cannot sue the surgeon responsible — in part because there is no structured, tested or widely accepted baseline for transgender health care.”

Newgent also shared her story in The Daily Wire’s “What is a Woman” film.

Helena Kerschner began ‘transitioning’ soon after turning 18, taking testosterone injections at Planned Parenthood. She no longer is gender-confused and has warned that online communities and social pressure influenced her decision

“As a teenager you don’t really realize how universal it is [to not like your body or voice],” Kerschner told Knowles.

“It was easy to sacrifice my ability to reproduce in pursuit of fulfilling my dream,” Cohn wrote in a Washington Post essay in 2022. “Years later, I was surprised by the pangs I felt as my friends and younger sister started families of their own.”

“The sacrifices I made seemed irrelevant to the teenager I was: someone with gender dysphoria, yes, but also anxiety and depression,” Cohn wrote. “The most severe cause of dread came from my own body. I was not prepared for puberty, nor for the strong sexual drive typical for my age and sex.”

The ongoing chemical manipulation of his body is a type of “bondage” that he can never escape, Cohn said. “I must choose between the risks of taking exogenous estrogen, which include venous thromboembolism and stroke, or the risks of taking nothing, which includes degeneration of bone health. In either case, my risk of dementia is higher, a side effect of eschewing testosterone.”

He also warned about the role the internet played in his decision. A forum called Internet Relay Chat “allowed me to meet like-minded strangers who offered an inexhaustible source of validation and acceptance,” Cohn wrote, echoing the concerns of Helena Kerschner.

A woman named Grace shared her story in a 2021 essay about her regret of ‘transitioning,’ including the removal of her breasts.

“I’ve made a lot of mistakes in my life. But none have impacted me so indelibly, or caused as profound regret, as my 2017 decision to transition FTM: female-to-male,” she wrote in 2021. “As I write this, the mastectomy scars are twinging on my chest. 4 years later, I’ve grown older, wiser, and way more cautious. But the scars remain.”

When I realized that being a trans man wasn’t what I wanted anymore, I fell into despair. My body was permanently changed. The surgery was the hardest thing to deal with. The scars hurt. I missed the feeling of having an intact, unscarred body. I was convinced my life had been ruined.

“As a detransitioner, regret can be crushing. But somehow, eventually, even after the most catastrophic of mistakes, life goes on,” she wrote. “It’s still your only life, and you still have to figure out how to survive. It took me a while, and I learned I could survive.”

LifeSiteNews has an extensive archive of more stories of formerly gender-confused individuals. Read them here.