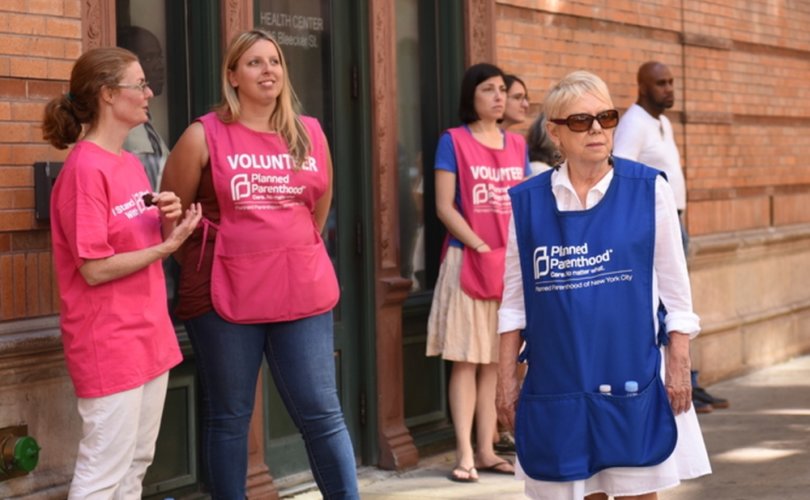 April 11, 2019 (Operation Rescue) — Four more medical emergencies at New York's Margaret Sanger Center Planned Parenthood abortion facility have surfaced, with one pro-life activist telling Operation Rescue that she has observed a dramatic increase in women leaving the clinic with difficulty walking, and sometimes even vomiting, as well as a troubling increase in ambulance transports of abortion patients.

Operation Rescue reported earlier on an incident that took place on March 6, 2019, where an African-American woman was transported from the abortion clinic suffering unknown abortion complications.

Four more incidents took place between February 16 and April 4, 2019. This brings the total number of medical emergencies documented at the Margaret Sanger Planned Parenthood to 19 in the past 26 months.

Each of the five incidents involved women who were African-American.

“The fact that the past five medical emergencies involved Black women is not a good look for a Planned Parenthood abortion facility named after its founder, Margaret Sanger, a notorious eugenicist,” said Troy Newman, President of Operation Rescue. “It is well documented that Planned Parenthood facilities primarily target poor urban women of color for abortions.”

The increase in medical emergencies and distressed women at this high-volume abortion facility raises questions about the adequacy of patient safety precautions and the competency of Planned Parenthood's abortionists. It is also a mystery as to why two ambulances have been responding to emergencies at Planned Parenthood, with both crews offering medical assistance.

February 16, 2019: At around 11:00 a.m., a woman was escorted out of the Planned Parenthood abortion facility by two police officers and a Planned Parenthood worker. She walked under her own power to an awaiting ambulance that transported her to Mount Sinai Medical Center for further treatment.

March 27, 2019: An ambulance was heard approaching the Planned Parenthood at approximately 10:10 a.m., but it was turned off about a block away and arrived with flashing lights only. Again, a woman walked out of the abortion facility under her own power with her partner and was transported to Mount Sinai Medical Center for further care.

March 29, 2018: A pro-life activist who is regularly outside the Margaret Sanger Planned Parenthood praying and offering help to women tells Operation Rescue that during the previous three weeks, she has seen an increase in “distressed patients” coming out of the Margaret Sanger Planned Parenthood. Some were crying, having difficulty walking, and/or vomiting.

Two such women were seen on March 29, just before two ambulances arrived around noon with a total of five emergency personnel for another patient who was still inside the clinic.

April 4, 2019: Two ambulances once again responded to a medical emergency at the Margaret Sanger Planned Parenthood. The first arrived at 1:30, p.m., followed by a second ambulance about fifteen minutes later. They were forced to park at the end of the block because the street closest to the clinic entrance was blocked by commercial dumpsters because “Planned Parenthood was engaging in one of its frequent executive office interior decoration/renovations,” according to a witness on the scene.

Again, paramedics entered the abortion facility with a wheelchair since a gurney will not fit into the elevator, but were forced to return to the ambulance for a gurney. Yet another woman was brought out on a gurney, loaded into the ambulance, then transported with a police escort. Lights and sirens for both the police and ambulance were only turned on when they were about a block away from Planned Parenthood.

“There is something very wrong at this Planned Parenthood abortion clinic. The increased frequency of medical emergencies and women who are discharged before being stabilized is worrisome and is a symptom of a larger problem,” said Newman. “We plan to file a complaint with the Department of Health, but with the political climate one that favors the liberalization of abortion until birth, it is hard to be optimistic that New York authorities will properly police Planned Parenthood. That places women in grave danger, as we have already seen.”