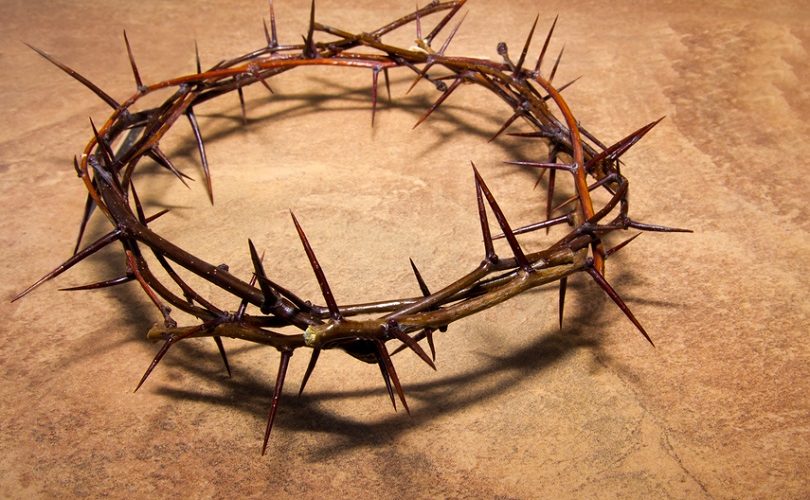 LOS ANGELES, February 16, 2015 (LifeSiteNews.com) – The bondage and sadomasochism film “Fifty Shades of Grey” has earned more money on its opening weekend than any film released in the month of February, breaking a record set by “The Passion of the Christ“, studio executives said on Monday.

In all, the film reportedly had the most successful opening of any film released in the month of February, rivaling some summer blockbusters.

“Fifty Shades” grossed $156 million internationally for a total of $266.4 million, shattering most of “The Passion's” ticket records and all but assuring that the promised sequels roll out in years to come.

The chance to drive a Christian film off the record books inspired some mockers of Christianity to see the movie. “If your wife, like mine, wants to go see it, there’s your incentive,” wrote Hemant Mehta, who blogs for Patheos as “The Friendly Atheist.”

Despite the box office take, critics have lacerated the film as viciously as Christian Grey ever hurt his female victim. Rotten Tomatoes, the film critics' aggregator website, gave “Fifty Shades” only a 26 percent fresh rating. Some critics called the film “about as sexy as a root canal,” or “specifically anti-romantic.”

A larger percentage of the audience, 50 percent, reportedly liked the film, according to Rotten Tomatoes.

According to Universal Studios, 64 percent of the audience was female.

The film, a glorification of inflicting pain as a sexual release, has been widely denounced by conservative Catholic bishops and radical feminists alike for encouraging misogyny and mainstreaming aggression against women.

Opposition growing to 50 Shades: expected to be most graphic R-rated film in years