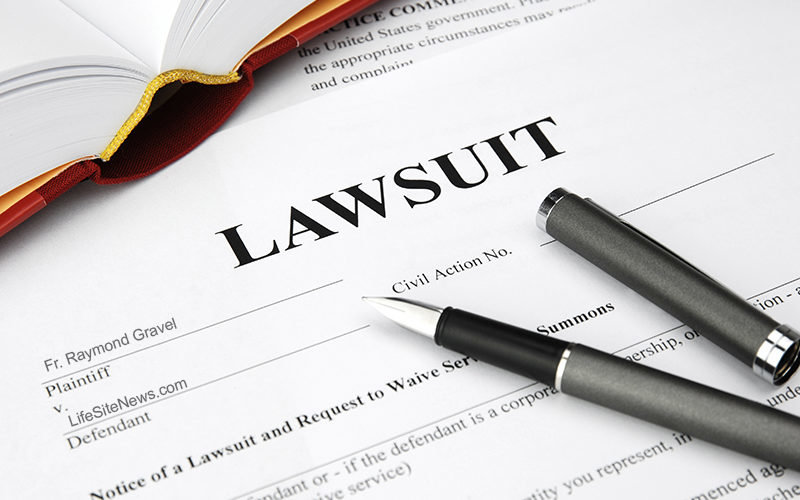 It was almost exactly four years ago that Fr. Raymond Gravel sued LifeSiteNews for $500,000.

Note: While the outrageous lawsuit against LifeSiteNews is finally over, we are still $95,000 short of being able to cover the outstanding legal costs. We just do not have the funds for this extraordinary expense. Please help us move beyond this painful chapter in our history, and make a donation to our Christmas fundraiser today by clicking here.

A Catholic priest announces on the radio that he is “pro-choice” and “not even the pope” can prevent him from receiving communion. He gets elected as a federal politician, and goes on to earn a 100% “pro-abortion” voting record, openly supports same-sex “marriage”, attacks Church leaders who defend Catholic teaching, and agitates in favor of legalizing euthanasia.

And through all of this, he not only continues to function as a priest in good standing, but is placed by his local bishop in positions of honor in his diocese.

And then, when the Vatican does finally step in and forces him to choose between politics and the priesthood, he files a $500,000 lawsuit against the pro-life news outlet whose articles the Vatican cited, accusing them of libel and of hurting his political career.

As outrageous as it sounds, this is a true story. And, sadly, it does not have a happy ending.

All told we were forced to spend over $260,000 in legal expenses fighting this SLAPP suit after Fr. Raymond Gravel filed the lawsuit almost exactly four years ago.

To date, we have only been able to fundraise to cover $170,000 of that, leaving us with a heavy financial burden of some $95,000, not including the many staff hours put in by LifeSite staff into the defence effort.

We absolutely must reach our Christmas fundraising goal. Will you help us with a donation today?

I can hardly believe that it was almost exactly four years ago that Fr. Gravel sued LifeSiteNews for $500,000. (See our initial announcement of the lawsuit here.) In those intervening years, we have been forced to dedicate countless man-hours and our already-stretched financial resources to fighting this legal harassment and abuse of the courts that threatened to cripple, and possibly even completely shut down our organization.

Now, however, we can finally announce that the lawsuit is over.

And yet, though I am relieved that this looming threat has been removed, I make the announcement with a heavy heart, since the main reason that the lawsuit has ended is the untimely death of Fr. Gravel himself earlier this fall, after a nearly year-long battle with lung cancer.

Even though Fr. Gravel aggressively pursued his lawsuit against LifeSite almost literally until his dying breath, I do not, and never have had any personal animosity towards him. Indeed I, and the rest of our staff, prayed frequently for Fr. Gravel in these past four years, and especially during his final days. We ardently pray that he found his peace with God before he died.

If anything, I am more outraged by those, especially Fr. Gravel’s bishop, who had the authority to correct Fr. Gravel and to stop his scandalous public dissent from Church teaching, but who instead allowed him to continue, and even seemed to support and praise him.

Because this lawsuit was so unjustly hostile and endangered freedom of the press and freedom of speech, we knew that we had no choice but to fight it as long as Fr. Gravel persisted. We are certain Fr. Gravel was shocked that we fought the lawsuit so effectively and for so long despite the deck being stacked against us, with the hearings taking place in Gravel’s home diocese where he was a very popular and highly influential politician, priest and media star.

Earlier this year Fr. Gravel lost his major preliminary motion to have the court strike from our defence document all the proof (including all correspondence between the Vatican and his bishop) that he was indeed a dissenting Catholic priest opposed to Catholic moral teachings. One reason he gave for his lawsuit was that we “lied” in reporting that he was not a faithful Catholic priest.

But though I dearly wish that this lawsuit never happened, I do feel that it has had some positive effects; in particular, I believe it has helped prove beyond any shadow of a doubt the critical importance of LifeSite’s work.

While Fr. Gravel was repeatedly slamming faithful Church leaders in the media, and causing widespread scandal and confusion by publicly opposing Church teaching, NO ONE, not even his own bishop, held him to account.

No one, that is…except LifeSiteNews.

And even then, all LifeSiteNews ever did was objectively and professionally report what he said and did. Yet, this straightforward reporting had a powerful effect. As we know, when the Vatican contacted Fr. Gravel’s bishop, ordering him to do something about his renegade priest, the Vatican dossier was full of LifeSite’s articles!

Ultimately Fr. Gravel chose to leave politics and to remain a priest. But though he continued to promote un-Catholic views – including, in his final days, pushing for the legalization of euthanasia – he no longer had the national platform of being a federal politician!

With your help, we can continue to do the hard work of defending the Culture of Life against the many hostile forces arrayed against it.

With this one-time, final appeal we are praying that through the generosity of LifeSite readers, our financial burdens related to the case can finally end.

Please, help us put this lawsuit behind us once and for all, and make a donation to LifeSiteNews’ Christmas Campaign today.