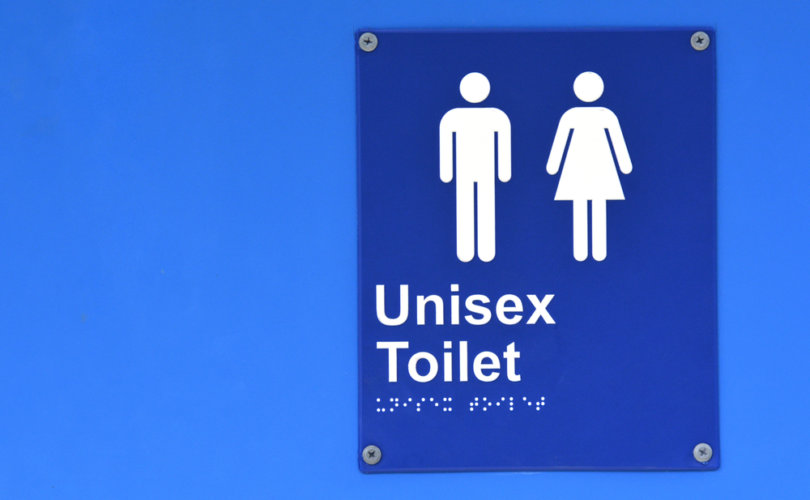 The district secretly opened its schools’ restrooms to the opposite sex and then opened the girls’ locker room to a boy after the U.S. Department of Education threatened the district’s federal funding. The agency based its threat on its inaccurate interpretation of Title IX, a 1972 federal law that, contrary to the agency’s opinion, actually authorizes schools to retain single-sex restrooms and locker rooms. The lawsuit, filed by families representing 73 parents and 63 students, contends that the DOE is unlawfully redefining the terms of Title IX, something that only Congress can alter, and is illegitimately forcing its political will on school districts.

“Protecting students from inappropriate exposure to the opposite sex is not only perfectly legal, it’s a school district’s duty,” said ADF Senior Counsel Jeremy Tedesco. “Allowing boys into girls’ locker rooms, a setting where girls are often partially or fully unclothed, is a blatant violation of student privacy. The school district should rescind its privacy-violating policies, and the court should order the Department of Education to stop bullying school districts with falsehoods about what federal law requires.”

“No government agency can unilaterally redefine the meaning of a federal law to serve its own political ends,” added ADF Legal Counsel Matt Sharp. “The Department of Education is exceeding what it is legally and constitutionally allowed to do. In fact, at least five other federal and state courts have rejected the DOE’s interpretation of Title IX.”

As the lawsuit explains, no law—including Title IX, the federal law concerning sex discrimination at schools and colleges that receive federal education funds—requires schools to allow boys into girls’ restrooms or girls into boys’ restrooms. In fact, Title IX and its regulations specifically state that a school receiving federal funds can “provide separate toilet, locker room, and shower facilities on the basis of sex” without putting that funding at risk. The lawsuit also explains that the DOE did not comply with the Administrative Procedure Act when it adopted its rules.

Attorneys with the Thomas More Society are serving as local counsel in the case, Students and Parents for Privacy v. United States Department of Education, filed in the U.S. District Court for the Northern District of Illinois.

“It’s a massive step backwards to force women to give up their inherent right to bodily privacy,” said Thomas More Society attorney Jocelyn Floyd. “To impose such a rule on still-developing teenage girls, as they’re already struggling with puberty’s changes on their bodies and social pressures to look a certain way, undermines their dignity and tells them that their rights don’t matter. This isn’t a message our schools should be sending to our girls.”

The lawsuit asks the court to halt the school district’s policy that opens up restrooms and changing areas to the opposite sex, declare the policy and the district’s agreement with the DOE to be unconstitutional and illegal under both federal and Illinois law, and invalidate the DOE’s rule that illegitimately redefines “sex” in Title IX.