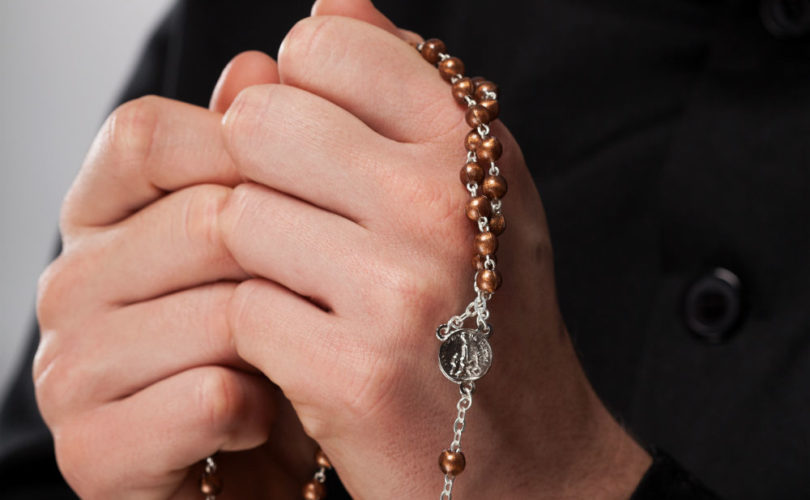 August 15, 2018 (LifeSiteNews) – Today begins the annual 54-day Novena for our Nation in the United States, a massive Catholic spiritual build-up for the Rosary Coast to Coast event in early October on the Feast of Our Lady of the Rosary.

“We are living in extraordinary times. Presidential executive actions, U.S. congressional and state legislation as well as court rulings at all levels up to the Supreme Court are in conflict with God’s laws; especially the disregard for the rights of the unborn, elderly and weak in our society and the attacks on marriage and family values,” read the Novena for our Nation website. “At the same time society and government are becoming more intolerant towards biblically-based religious belief and practice. In conflict with First Amendment constitutional rights, persecution of traditional religious expression has reached unprecedented levels. We are in a spiritual battle.”

Those Americans taking part in that novena starting on the Feast of the Assumption are being joined by Canadian Catholics undertaking a similar 54-day devotion, the Rosary on the Coasts and Border for Life and Faith, Canada.

A video for the American devotion describes it as preparation for a spiritual battle.

“We are at war, ladies and gentlemen. A bloodless battle affects us all. Whether you choose to fight or you capitulate, no man is exempt, no woman excused,” says the narrator in this video for the Novena for our Nation on YouTube. “Few recognize the stakes, let alone are trained for combat. But make no mistake. The cost of being a casualty is devastating.”

In the United States, the 54-day novena will end Oct. 7 in what is being billed as the D-Day of spiritual warfare with the Rosary Coast to Coast, which will include events at more than 550 locations.

“Powerful, diabolical forces are stopping at nothing to throw everything they have at whatever is good, holy and Godly in our society,” Father Richard Heilman, one of the organizers a campaign to prepare spiritual warriors ahead of this event, wrote earlier this year. “They are doing everything possible to tear down the moral fabric of our society, seeking the ruin of our souls and the souls of our loved ones.”