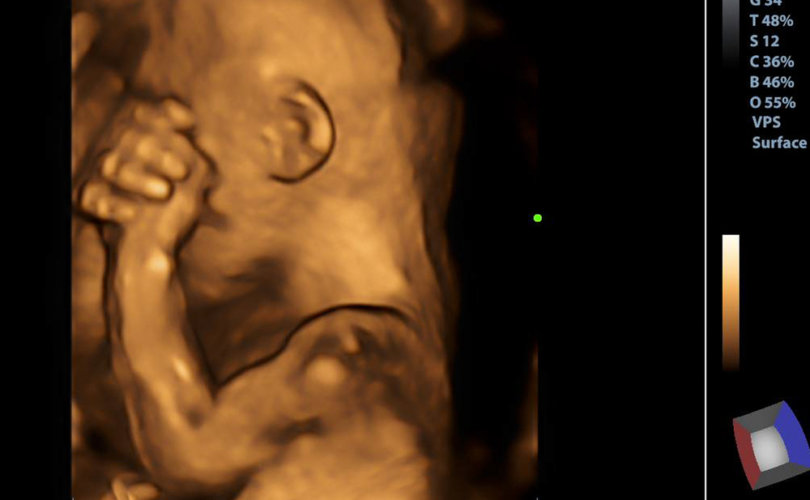 May 12, 2016 (LifeSiteNews) – There are 56 million abortions every year worldwide, according to a new study published in The Lancet. That means one in every four pregnancies in the world ends in abortion.

Researchers say the global abortion rate is actually falling – but pro-life experts dispute the authors' conclusions that pro-life laws do not reduce abortions and that the global availability of contraceptives is a better policy.

However, the study finds that the decrease did not take place evenly throughout the world.

“Abortion rates have declined significantly since 1990 in the developed world but not in the developing world,” its authors wrote.

They added that in most developed countries, abortion is legal, while it is prohibited by law in nations with a higher abortion rate.

The pro-choice blogosphere and its friendly intellectuals seized upon the study to criticize pro-life legislation.

Dr. Diana Greene Foster of the University of California in San Francisco, who was not involved in the study, wrote, “The obvious interpretation is that criminalizing abortion does not prevent it but rather drives women to seek illegal services or methods.”

But those conclusions are wrong on multiple grounds, pro-life leaders tell LifeSiteNews.

“There is good public health data which shows that the incidence of abortion is significantly affected by its legal status,” Dr. Michael New, a professor of economics at Ave Maria University in Florida, told LifeSiteNews. “There is a good body of research which shows that incremental pro-life laws have an effect.”

“In a literature review, the Guttmacher Institute identified at least 15 studies which found that Medicaid funding of abortion increased abortion rates,” he said. The institute, which began as the research arm of Planned Parenthood, “acknowledged that the methodologically strongest studies found that Medicaid funding of abortion significantly increased abortion rates.”

The status of the unborn person under the law affects the number of abortions at home and worldwide, said Dr. New, who has studied the issue rigorously.

He cited a study authored by Phillip B. Levine and Douglas Staiger in 2004 for the Journal of Law and Economics, which analyzed Eastern European countries that changed their abortion policies after the fall of Communism.

The study may be overlooking a simpler explanation for the disparity in abortion numbers, he said.

“Most of the countries that legally restrict abortion are located in Africa, South America, and the Middle East,” which typically have much higher poverty rates than Western countries where abortion is legal, Dr. New said. “They also have a much a higher incidence of various social pathologies that might increase the demand for abortion.”

“Reporters from mainstream media outlets often fail to consider this,” he observed.

Dr. New added that, while he didn't see any “serious methodological errors,” researchers would have “some legitimate questions about the reliability of foreign health data – especially the reliability of abortion data in countries where abortion is legally restricted.”

Pro-life experts took exception with the report's suggestion that distributing birth control to the world's non-developed nations is a panacea for high abortion rates.

The notion that widespread contraceptive access reduces abortion is belied by the study's own findings, Dr. New said.

“Of all the areas in the world, contraceptive-friendly Western Europe had the highest increase in the abortion rate (in percentage terms) between 1990 and 2014,” he said. “The abortion rate went from 13 to 18 — a 38 percent increase.”

“Perhaps access to contraception is not as effective as the authors claim,” Dr. New told LifeSiteNews.

That confirms the conclusion of studies conducted in both Sweden and Spain that found as contraceptive use increased, so did the abortion rate.

The study's conclusions about the relationship between contraception and abortion are also misleading, because hormonal birth control – especially the long-acting reversible contraception (LARCs) often dubbed the “most effective methods of contraception” – can act as abortifacients, preventing the implantation of a newly conceived child.

“Most forms of chemical abortion abort preborn children during the first week of life as the modes of action of such pills include interfering with the uterine lining,” Brown said. “This causes abortion,” rather than reducing it.

“It is high time that the writers of the Lancet took a hard look at their alleged facts,” she said, “and recognize that propaganda never makes for good scientific discovery.”