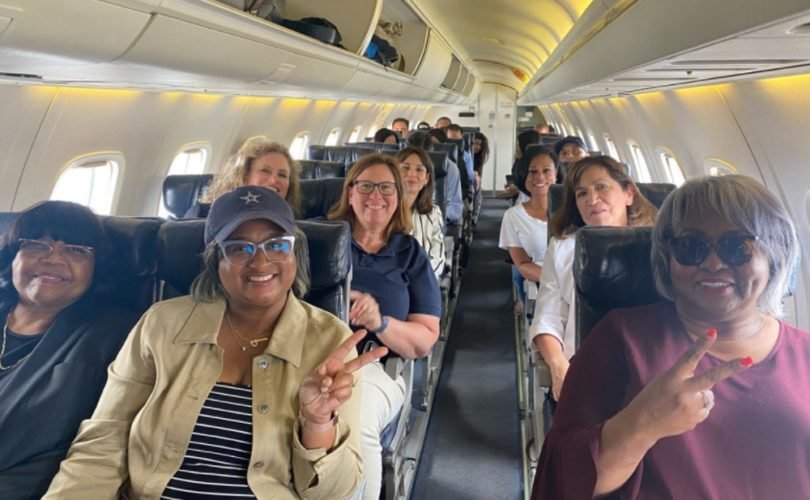 WASHINGTON, D.C., July 21, 2021 (LifeSiteNews) – The number of Texas Democrats who have contracted COVID-19 after fleeing the state to block a Republican voting bill has risen to at least six.

A spokesperson for the Texas Democratic Caucus confirmed to NBC News on Monday that a sixth lawmaker tested positive for the virus and has begun quarantining. The caucus will cease providing a daily COVID-19 case count, the spokesperson added.

Last week, more than 50 Democrats from the Texas House flew to Washington, D.C., chartering a private jet and foregoing masks, which are required for commercial airline passengers in the U.S. who are older than two. They also were photographed with a case of Miller Lite.

Did they need an ID to buy that Miller lite? pic.twitter.com/K6IjfxFIFg

The representatives left Texas to deny a quorum and prevent passage of Senate Bill 1, legislation championed by Republicans that would ban 24-hour voting and require monthly voter roll checks, among other provisions. Gov. Greg Abbott (R) named election integrity a top priority for the current special legislative session he called after House Democrats killed another voting bill in May.

All of the Texas Democrats in D.C., including those who have tested positive for COVID-19, are “fully vaccinated,” and have been since March, Texas Rep. Gene Wu wrote on Twitter. “We got complacent because we felt safe,” he tweeted Monday, acknowledging that coronavirus vaccines do not necessarily stop viral transmission.

“Being vaccinated doesn’t ALWAYS stop you from spreading the virus,” he said.

In addition to infecting each other, the lawmakers may have given COVID-19 to at least one infected White House staffer, as well as to an aide of House Speaker Nancy Pelosi.

The staffer for Pelosi had ushered the Democrats around the Capitol and went to a rooftop reception with them that was also attended by the White House official, Axios reported Tuesday. Both individuals got COVID despite being vaccinated, Axios said.

The White House has said that neither Joe Biden, nor other senior officials, have had recent direct contact with the staffer who has tested positive for coronavirus.

“We certainly understand there will be breakthrough cases,” White House press secretary Jen Psaki said Tuesday, remarking that COVID-19 vaccines “are not foolproof.”

Psaki also revealed that the Biden administration has experienced an undisclosed number of “breakthrough” COVID-19 cases among officials who have received coronavirus vaccines.

The Texas Democrats last week had met with Vice President Kamala Harris and Democratic senators, pushing the Senate to pass a radical election bill, H.R. 1, which would ban state voter ID laws. Harris, who compared the legislators to Frederick Douglass and people who “shed their blood” for voting rights, has not quarantined since the meeting.

Press secretary Psaki said this week that Harris tested negative for COVID-19 after the meeting, contradicting an earlier statement from the Vice President’s office, which claimed that Harris and her staff did “not need to be tested or quarantined” as they “were not at risk of exposure” and were “not in close contact with those who tested positive[.]”

Gov. Abbott and fellow Texas Republicans have blasted the runaway Democrats’ “super spreader” trip to D.C., with Abbott branding it a “disaster.”

“Because they abandoned their responsibility, when they get back to Texas, I will be calling another special session and put this back on the agenda as well as so many other items that are so important to their constituents,” he said yesterday in an appearance on Fox News.

“Then they flew to D.C. on a private jet stocked with Miller Lite without masks, in violation of FAA rules, and now this farce turned into a super spreader event.”