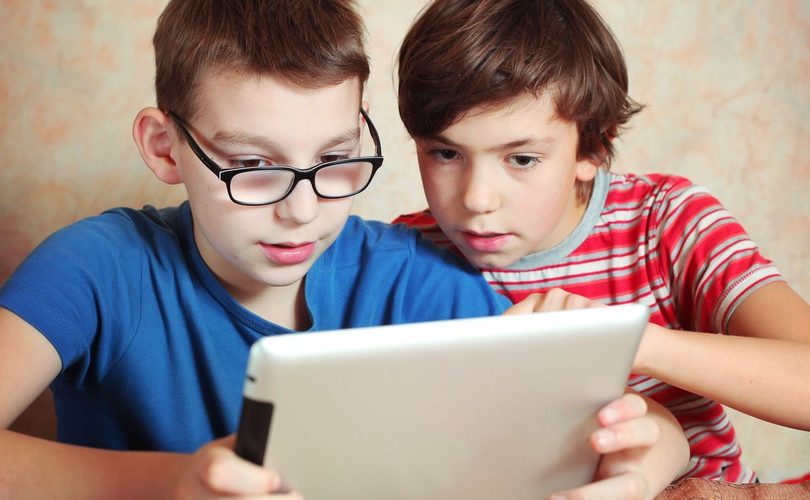 OTTAWA, February 18, 2016 (LifeSiteNews) — Parents are demanding that the Ottawa Catholic School Board (OCSB) thoroughly investigate its internet security system after their 6-year-old son came home from his grade one classroom last week claiming to have viewed pornography on school-owned tablets.

“These are six-year-olds. This is something that should never happen at all,” she added.

The parents heard from their son on Friday how his teacher from the St. Marguerite d’Youville Catholic elementary school had handed out the tablets with instructions to “play and learn” on them. The boy told his parents how he had teamed up with another male classmate who showed him the problematic video. When parents pressed their son for more details, he described what the parents recognized as a sexual encounter between two lesbians.

“I questioned my son up and down just to make sure his story was accurate, to make sure we know what he saw,” said the mom.

The parents complained to the school principal and to the superintendent. When staff investigated the tablets on Tuesday, four days later, they claimed that the browsing history from Friday showed nothing sexual in nature had been accessed.

The parents are not convinced, knowing that browsing history can be deleted by a knowledgable child, or even an adult.

“I told (the school) I don’t want my son exposed to any more Internet access until the board does a full investigation,” the mom said.

Mardi de Kemp, spokesperson for the OCSB, told LifeSiteNews that the board has “two types of strong filter systems to keep ahead of changes on the internet and block any sites that do not maintain the dignity of all persons.”

When pressed about the specific systems that are in place, de Kemp responded: “I hope you can understand – it is not in the best interest of our students'/system's online safety to clarify the specific details to the public, but, to filter access to unwanted sites or searches, we use two strong filter mechanisms: one is an external world-class filtering application/security company we subscribe to and the other is a customized internal process we manage.”

But de Kemp admitted to the Ottawa Citizen that restricted content can find its way through the filter.

“The way that these search engines tag these photos, once in a while something slips through,” she said.

To help students avoid problematic material, de Kemp said that the board developed and teaches “Samaritans on the Digital Road” at each school, what she called a “comprehensive set of lessons [that] covers the responsible use of the Internet by all students.”

Given the constant explosion of internet data, with a large percentage of it — up to 30 percent — being porn-related, parents are left questioning whether filtering systems can keep up with the flow, and if not, if it is worth the risk to provide students with internet-connected devices.