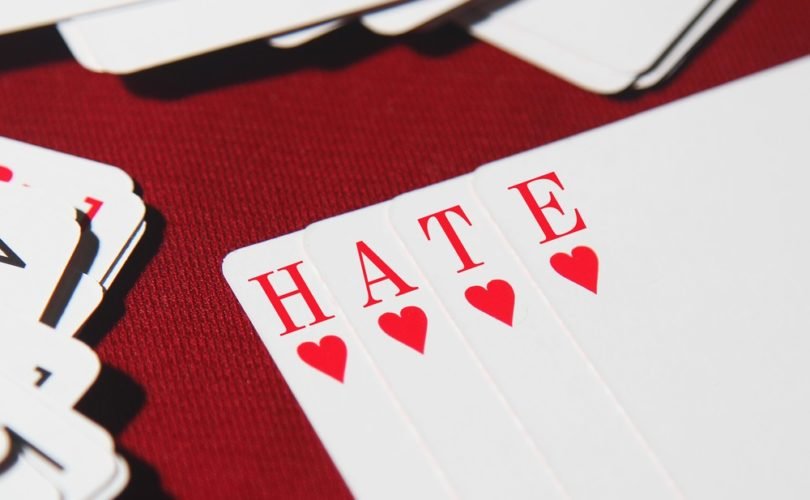 The infamous group, once a respected civil rights champion, has become a homosexual watchdog for LGBTQ “discrimination,” blacklisting any church or fellowship that questions gay activities.

D. James Kennedy Ministries began in 1974 as Coral Ridge Ministries, with the mission of bringing the Gospel to America and the world. One of its most popular programs is “Evangelism Explosion,” which teaches Christians of any denomination how to “share the good news of Jesus Christ.”

Faith2Action's mission is “Pro-Life, Pro-Family, Pro-ACTIVE.” Its website claims that the group is “the largest network of pro-family organizations,” defending “Bible-based beliefs and freedoms,” specifically in sociological terms of “life, liberty, and the family.”

Citizens for Community Values, based in Cincinnati, is a grassroots organization formed to promote “Judeo-Christian moral values” through “education, active community partnership, and individual empowerment at the local, state and national levels.” The group seeks to strengthen families, defend children, and “maintain healthy, wholesome, safe, and happy communities.” By design, they “separate issues and legislation from people,” loving all while opposing sin. Their website states, “We will never condone or take part in the mistreatment of any individual who opposes our views.”

Faith Baptist Church in Georgia, sometimes called “The Sons of Thunder,” is an independent Baptist Church founded in 1984, about 50 miles south of Atlanta.

Friendship Assembly of God is a Bible-based church in Colorado Springs, Colorado.

Campus Ministry USA of Terre Haute, Indiana is led by “Brother Jed,” who believes that open rebuke is more effective and more loving (and more in line with Jesus's earthly ministry) than a gentle message of tolerance and compromise. He practices “confrontational evangelism” on college campuses and public venues, seeking to lead his listeners to repentance.

The SPLC describes these Christian churches and fellowships as “in a white-hot fury” of hate, “who resent LGBT people.” “These groups are really vile and nasty,” they say, without citation.

Along with Christian organizations that oppose sodomy, the SPLC listed anti-terrorist groups who identify violent acts with Islam.

“I'm not really surprised that Citizens for Community Values was listed,” Barry Sheets, legislative consultant to CCV, told LifeSiteNews. “Any organization that stands for morality is being targeted.”

“What it really comes down to – I believe the reason why we were added – is, CCV has taken a leadership role in standing for traditional values, especially with marriage as between one man and one wife, instead of normalizing transgenderism, transsexualism and other things,” Sheets added. “We believe in protecting our students in our classrooms and making safe places for our families. If they have a problem with that, then I question what the SPLC is all about.”

The SPLC has doubled its blacklisting of pro-family, pro-natural marriage groups in just the past four years. They enshrine their quest as “The New Civil Rights Movement,” calling homosexual behavior a civil “right.”

Millionaire Morris Dees founded the SPLC to monitor the Ku Klux Klan, but in recent years, critics say the group has become exactly the kind of hate-mongering institution that it originally opposed.

Other organizations the SPLC has labeled as “hate groups” include Liberty Counsel, which has criticized the SPLC for ignoring the difference between “racist [and] violent groups, and legitimate organizations that participate peacefully in the political process – tarring all with the same label.”

The American Family Association's Meeke Addison explained, “By SPLC's definition, anyone who holds … views contrary to those of the SPLC … [is] hate-filled.”

Because of its historic civil rights stature supported by the U.S. government, the SPLC's hate-targeting has literal life-and-death consequences. On August 15, 2012, after the SPLC listed the Family Research Council (FRC) as a “Hate Group,” homosexual activist Floyd Lee Corkins entered the FRC building with a gun and 100 rounds of ammunition; shouted, “I don't like your politics”; and started shooting at Christians. He later admitted to trying to “kill as many as possible,” specifically because the SPLC listed the FRC as a “Hate Group.”

Family Research Council executive vice president Lt. Gen. Jerry Boykin (ret.) concluded that the Obama administration's FBI contributes to the SPLC's stature (and fundraising) by legitimizing the anti-Christian organization. “The FBI's past acknowledgement of SPLC only served to validate a political organization's fundraising efforts,” Addison said. “The FBI's dissolution of any type of relationship with the SPLC is long overdue.”

The SPLC has also come under sharp criticism for its financial practices. Morris Dees has used his multi-million-dollar direct mail marketing experience to turn his organization into a powerful fundraising machine. The SPLC has a budget of $30 million but enjoys a huge “endowment” of $223 million, some of which is stored in bank accounts in the Cayman Islands and Bermuda. The American Institute of Philanthropy, popularly known as “Charity Watch,” has given the SPLC a “FAIL” rating for continuing to fundraise while sitting on such a massive pile of money.