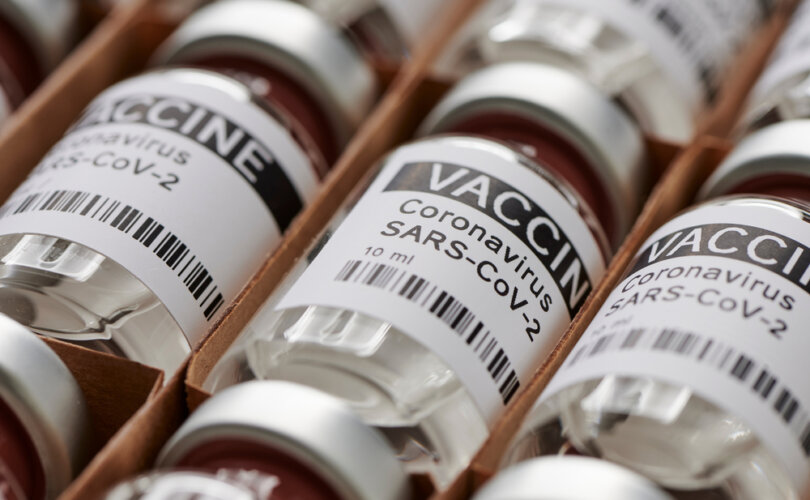 (LifeSiteNews) — A recent Rasmussen Reports poll found that of the nearly 7 in 10 American adults who say they’ve received the COVID-19 vaccine, 34% said they experienced minor side effects while an astounding 7% reported major side effects from the jab.

“Seven percent of vaccinated people said they have a major side effect and you just do the math: 12 million people,” calculated Rasmussen’s head pollster, Mark Mitchell, in a podcast discussion with Emerald Robinson.

Mitchell further noted that the poll numbers are likely understated, explaining that with polling, “There’s always a little bit of selection bias. In this case, if somebody died from the vaccine, we couldn’t poll them.”

“People are really being harmed by this,” said Mitchell. “It’s true. It’s out there. People are still trying to cover it up. I think that’s a major story.”

Mitchell recounted that Steve Kirsch –– an entrepreneur who went from funding COVID-19 vaccine trials at the start of the pandemic to now warning the public about the dangers associated with the vaccines –– told him that “it was like pulling teeth” to get mainstream pollsters to cover this. “They just wouldn’t touch the topic.”

“I just find that crazy,” said Mitchell. “It’s a vaccine that hundreds of millions of people have taken. It affects so many people and yet pollsters won’t really dig in here.”

“Democrats and Republicans reported almost the same exact level of side effects, so, it’s not politicized,” he added.

The Rasmussen Reports findings line up closely with the U.S. Centers for Disease Control and Prevention’s (CDC) voluntary vaccine safety monitoring program, V-Safe, in which over 10 million COVID-19 recipients participated.

“The V-safe data shows that 33.1% of the people who got the vaccine suffered from a significant adverse event and 7.7% had to seek professional medical care,” said Kirsch in an October 5 Substack post.

Kirsch included in his report a detailed graphic created by the Informed Consent Action Network (ICAN).

The V-Safe data “reveals shocking information that should have caused the CDC to immediately shut down its Covid-19 vaccine program,” according to ICAN.

Among numerous alarming results, out of the approximate 10 million individuals that registered and submitted data to v-safe, 782,913 individuals, or over 7.7% of v-safe users, had a health event requiring medical attention, emergency room intervention, and/or hospitalization.  Over 25% had an event that required them to miss school or work and/or prevented normal activities.

“These are extraordinary numbers,” declared Kirsch in his Substack. “They clearly show the vaccines are unsafe, that the CDC deliberately hid this information from the American public, and that the drug companies falsified the data in the trials.”