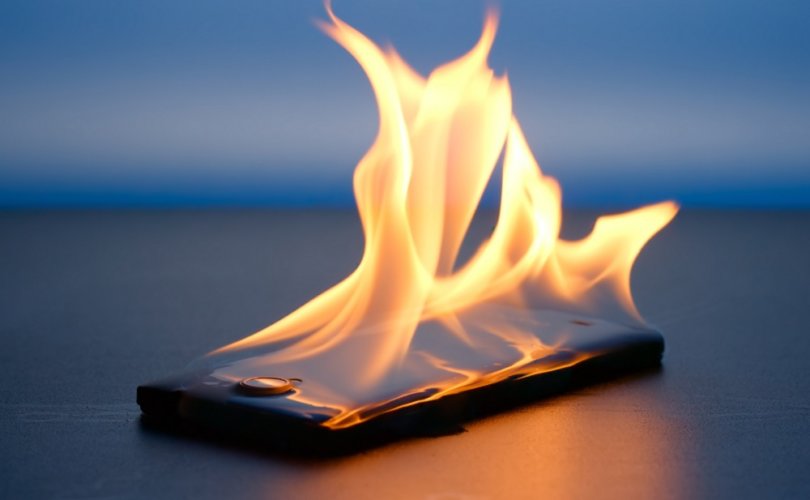 September 4, 2020 (LifeSiteNews) — As Big Tech continues to censor, manipulate, and spy on its users, ordinary people from across the world are trying to find new ways to ensure that their privacy and freedom aren’t violated.

He told LifeSite’s John-Henry Westen this week that if people want to fight back, there are a handful of things they can do.

Below is a compilation of what Dr. Epstein believes are the best ways individuals can fight back against Big Tech.

“If people want to see how I use the internet and how I protect myself and my family, they can go to www.MyPrivacyTips.com. About half of that article that I wrote is about getting away from Google. You have to get away from Google. That’s the first thing.”

Epstein says Google is “the most aggressive spying tool ever invented — funded from the outset by the NSA and the CIA to identify people who are a threat to national security.”

Google, Fitbit, Nest, and all other similar products are collecting data about us non-stop, Epstein says.

“There are other search engines. They’re not always as good, but StartPage.com actually draws from Google[.] … [It] gives you pretty good search results.”

“SwissCows.com is pretty darn good. So there are some alternatives.”

“When you start to type a search term into Google search box, you’re being manipulated from the very first character that you type[.] … [T]hey’re not trying to help you with your search. They’re trying to manipulate your search.”

“Jettison Gmail. … [Y]ou must not use Gmail,” Epstein continued.

“All the emails, including the private ones where you say things you wouldn't want anybody to read, the ones that you sort of mark confidential…all that is nevertheless public to Google.”

“All … confidential email … is being recorded and analyzed by Google. In fact, that kind of information is considered … extreme high value content at Google.”

“If you’re a grown-up and you’ve been using the internet for maybe close to 20 years, Google alone has the equivalent of about three million pages of information about you.”

“You have to move on to a type of e-mail service that preserves privacy. … The one I use and recommend at the moment is called ProtonMail,” Epstein said.

“It’s based in Switzerland. It’s subject to very strict Swiss privacy laws. The basic service is free. … [I]f you’re using it heavily, you have to pay a few dollars each month. … [I]t’s absolutely worth it. Absolutely worth it.”

Epstein continued, “If you’re writing ProtonMail to ProtonMail, you’re completely protected. The information is encrypted end to end, which means even the people of ProtonMail can’t read it. And that’s how it should be. That’s how communications should be.”

“If you switch to ProtonMail, you will still have no privacy when corresponding with someone using Gmail or hidden Google servers. I tell people whose emails are shared with Google that if they want to communicate with me, they will need to use a a more secure email service, and they usually switch.”

The reason Google created Chrome is “because the search engine wasn’t enough. The search engine only gave them information if you were searching for something and then went to a website … so they had to develop Chrome … because some people just go directly to websites without going through Google. So Chrome gives them everything.”

“Chrome lets them monitor every single thing you’re doing online. Period,” Epstein stated. “Whether you’re going through Google or not or using any Google products.”

“If you value your privacy, never use Chrome, even in the bogus ‘Incognito’ mode, which still tracks you,” Epstein wrote on his website MyPrivacyTips.com.

6. Rely on FireFox and other browsers

“Use FireFox — which is maintained by a nonprofit organization — or use the new Brave browser, which is what I now use.”

“Google can still get information about you when you’re using Firefox or Safari, but nowhere near as much as they get when you’re using Chrome. The Brave browser, which blocks all ads, is faster than Chrome and was developed by the software engineer who built Firefox.”

7. Toss out your Android phones

“Android is an operating system which Google, well, borrowed and then basically enhanced so that they can monitor to you even when you’re offline. In other words, if you’re off line on your mobile device and it’s an Android device, it’s still tracking every single thing you do.”

“It’s tracking every piece of music you listen to on your device and maybe every movie that you watch and every memo that you take. And so on your shopping lists at the moment, you go back online, all the new information is immediately uploaded to Google. So Android is an extremely aggressive surveillance tool.”

“There are few Android phones which strip away Google’s surveillance tools[.] … [G]enerally speaking … you have to avoid Android.”

Dr. Epstein, who was featured in the documentary The Creepy Line, said he doesn’t believe that regulation will fix everything but that it can help with some things.

“At the higher level … we eventually need some authorities to do some pretty dramatic things. I would say it’s unlikely those things are going to be done. Senator Cruz himself said to me, he said, the problem is the Democrats are better off benefiting from these companies and also getting huge donations from these companies and getting lots of votes.”

“[Senator Cruz] also said that Republicans don’t like to regulate … so we’re pretty much stuck. But we all have to keep fighting. We’ve got to fight at a high level. We’ve got to get monitoring systems set up … that [don’t] threaten anyone’s politics[.] … [M]onitoring systems have to become permanent around the world.”

Epstein encouraged LifeSite readers to visit www.StopBigTechNow.com to learn more. Click below to listen to his interview on The John-Henry Westen Show.