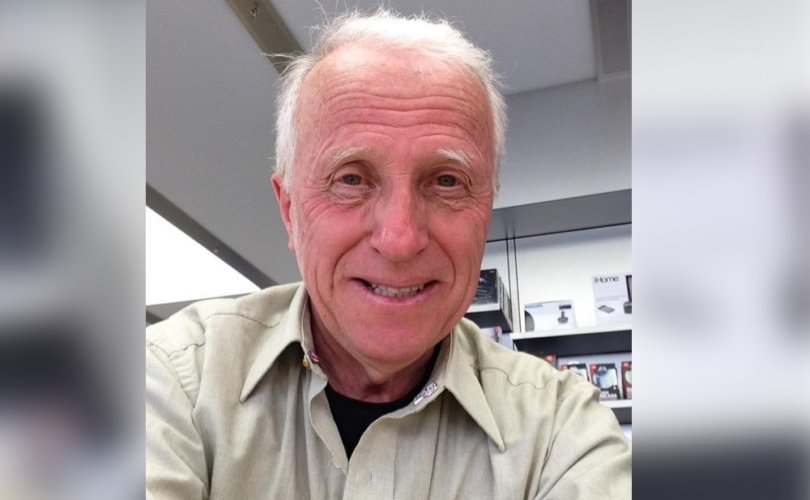 Cyril Winter, 70, was first arrested February 7 and then again two days later in front of the Morgentaler abortion center in Ottawa. He was charged respectively with five and three offenses under Bill 163, or Safe Access to Abortion Services Act.

Winter told LifeSiteNews he was shocked that he had been charged under the new law since the sign he was carrying near the abortion center was not about abortion but about Charter rights.

The law, which came into effect February 1, bans all pro-life witness within the 50 meters of Ontario’s eight abortion centers, which can be increased to 150 meters on request. Hospitals and pharmacies can also apply for “bubble zones” of up to 150 meters.

Punishment for a first conviction under the law is a fine of up to $5000 and/or a jail sentence of up to six months. These penalties double for second and subsequent offenses.

The bill was brought in by Liberal Attorney General Yasir Naqvi, who is MPP for Ottawa Center, the riding where the Morgentaler abortion center is located.

Winter has been witnessing at that location for 6 and a half years, typically with a sandwich board which has images of aborted babies.

But on February 7, he stood in front of the abortion center with a sandwich board that read: “Freedom of Expression and Religion. No Censorship,” he told LifeSiteNews.

The sign had been “pre-approved” by Ottawa police Sergeant Martin Groulx, and Groulx and another officer “even coached me, [they said] don’t stare at the clinic, look away, and don’t spend all your time there,” Winter said.

So when four police cars with eight policemen arrived, and, after two or three hours, arrested him, “I was shocked,” he said.

“While I was talking to the arresting sergeant, I said, ‘What about what Groulx said, he okayed the sign on Friday,’ and then he said ‘I just spoke to Sergeant Groulx and Groulx just spoke with the crown attorney, and the crown attorney says, ‘Charge him’,” Winter said.

Winter described what happened to him as “entrapment” by the police.

He was arrested again February 9, carrying a sign stating: “God save our Charter rights” and charged with three offenses under Bill 163.

On that occasion, “all I did was walk around the block,” Winter told the Catholic Register. “I didn’t say anything to anyone. There was no abortion talk. No praying outside the clinic. The clinic called the cops.”

Winter is not sure of the exact charges because he gave all the summonses to his lawyer, but he says they don’t “seem to actually refer to the sign at all.” Rather, they seemed to make “accusations that I was maybe staring or photographing” or acting in an intimidating matter, he said.

His lawyer is not commenting on the case at this time.

Winter told the Ottawa Citizen he tried to keep his back to the building as told to do so by police.

Winter told LifeSiteNews that he “absolutely” did not stare at or photograph anyone going into the abortion center.

“It’s all fake news, bogus,” he said. “They don’t have any proof, and actually, for the times that I was nearer the clinic door, there’s the clinic camera that would prove that I did none of it.”

He did use his two iPhones to take videos of the police and of four counter-protesters who were “hassling” him on February 7, Winter said.

Constable Chuck Benoit of the Ottawa Police Service told LifeSiteNews he could not verify the exact charges against Winter because the matter was before the courts.

As for Winter’s statements about his discussions with Groulx, “I wouldn’t be able to confirm that at all,” Benoit said.

Nor would Groulx comment because the case is “in front of the courts,” added Benoit.

Groulx told the Ottawa Citizen in an email February 8 that the police “did not give permission to anyone to violate the access zone,” adding: “At this point, the facts of this matter will not be discussed as it will now proceed before the courts.”

An Ottawa police media spokesman told the Catholic Register that they “don’t have the wording yet” on the charges, and that they were waiting for information from the Crown.

Brian Gray, ministry spokesman for the attorney general’s office, told LifeSiteNews to check with the Ottawa Police Service regarding the nature of the charges. He did not respond to a follow-up request from LifeSiteNews for more information by deadline.

Campaign Life Coalition, Canada’s national pro-life lobbying group, has slammed the bubble zone bill as draconian, and says it harms the women it claims to help by preventing them from receiving information on the reality of abortion and offers of assistance when they need it most.

“We must remember that although this law infringes upon our rights and freedoms, the real victims here continue to be the pre-born children, their moms, and families,” CLC states on its website.

Meanwhile, Winter is hoping to raise money to pay his lawyer, and says people wishing to donate can contact him through Facebook.

He also had to get a new cell phone because the police confiscated his, as well as his signs, as evidence.

“This is costing me bucks and aggravation and all that, but it’s all for the Lord,”  he told LifeSiteNews. “And it’s for the babies and the saved parents over the years, that’s the way to look at it. God fits things to his purpose. He gets the last laugh.”