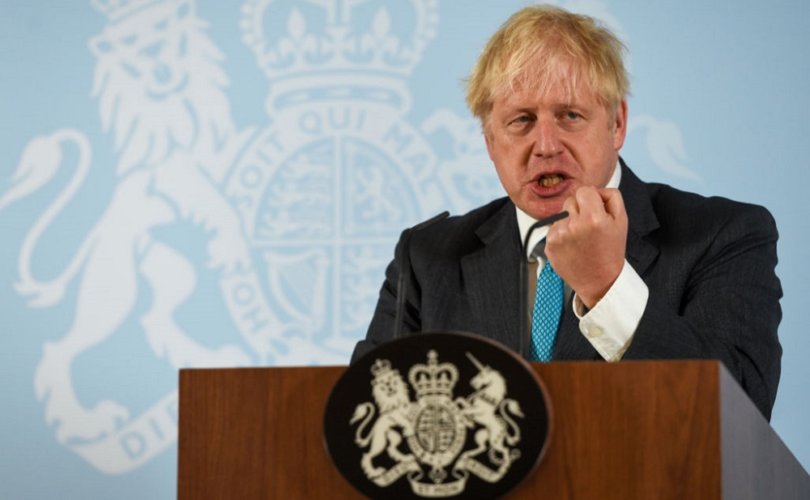 UNITED KINGDOM, September 29, 2020 (LifeSiteNews) — A group of 700 Christian ministers from across the United Kingdom have written an open letter demanding that their governments do not ask them to “suspend Christian worship again.”

The letter is addressed to the U.K. prime minister, Boris Johnson, and the first ministers of Wales, Scotland, and Northern Ireland.

“The public worship of the Christian church is particularly essential for our nation’s wellbeing. As we live in the shadow of a virus we are unable to control, people urgently need the opportunity to hear and experience the good news and hope of Jesus Christ, who holds our lives in his hands,” reads the letter, dated September 24 and signed by hundreds of U.K. pastors.

“We therefore wish to state categorically that we must not be asked to suspend Christian worship again. For us to do so would cause serious damage to our congregations, our service of the nation, and our duty as Christian ministers.”

The U.K. recently banned social gatherings of more than six people after an apparent rise in positive coronavirus cases but stopped short of a full second lockdown, the first of which resulted in U.K. churches being closed for months.

Johnson and his administration, however, introduced fines of up to £10,000 for anyone who breaks a mandatory self-isolation order. The fines took effect on September 28.

The pastors’ letter is open for the public to sign. Besides demanding that churches not be closed again, the letter calls upon U.K. politicians to realize the “dehumanising effect” lockdowns have had on people’s lives.

“We are troubled by policies which prioritise bare existence at the expense of those things that give quality, meaning and purpose to life. Increasingly severe restrictions are having a powerful dehumanising effect on people’s lives, resulting in a growing wave of loneliness, anxiety and damaged mental health,” reads the letter.

“But we question whether the UK Government and the devolved administrations have it in their power either to eliminate this virus or to suppress it for an indefinite period while we await a vaccine. And we cannot support attempts to achieve these which, in our view, cause more damage to people, families and society — physically and spiritually — than the virus itself.”

The letter closes with the pastors calling upon the P.M. to “find ways of protecting those who truly are vulnerable to Covid-19” but “without unnecessary and authoritarian restrictions.”

The pastors’ letter is similar to one written by U.K. professors Sunetra Gupta, Carl Heneghan, and Karol Sikora that called for an end to lockdowns.

Johnson’s new COVID-19 restrictions were blasted by Nigel Farage, the leader of the U.K. Brexit Party, who said the U.K. government is acting like an “elective dictatorship.”