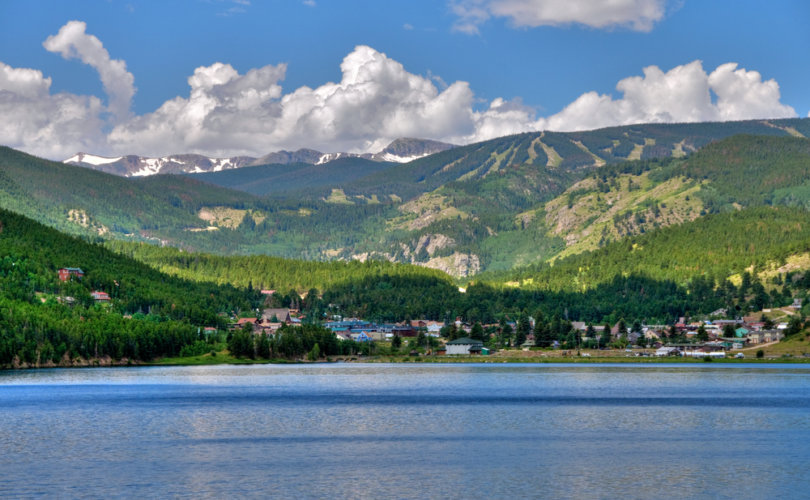 (WND News Center) – A Colorado mountain town long known for its off-the-charts wackiness – one resident stored his father’s dead body on dry ice for years pending some expected resurrection process – now has voted to give its watershed “inalienable rights.”

It is the Denver Post’s Bruce Finley who captured the story of a vote by leaders in Nederland, a short drive west of Boulder, to give their “surrounding 448-square mile watershed ‘fundamental and inalienable rights’.”

The nation’s founding documents, of course, describe those inalienable rights held by people as “life, liberty and the pursuit of happiness.”

The Nederland resolution, adopted on a 5-1 vote this month, tells the town officials to name “guardians” who can speak for nature in decision processes, much “the way court-appointed guardians speak for children, dementia-stricken elders” or others.

“For now,” Finley explained, “the focus on the non-binding resolution in Nederland (population 1,600) is simply to spur deeper conversations about effects of population growth and development – and avoid litigation.”

He pointed out that state and federal laws both preempt such local statements.

But the issue likely will be considered both in pending decisions regarding new housing development as well as a propose reservoir.

Nederland trustee Alan Apt led the effort, and explained to the Post, “This may become a national movement. We’re at a very early stage, just getting off the ground with this.”

The report explained that other locations with similar agenda points already have included Toledo, Ohio, Santa Monica, California, Grant Township, Pennsylvania, in Orlando, Florida, and others.

Finley noted Justice William Douglas of the U.S. Supreme Court in 1972 noted, in a dissent, that environmental objects “should” have standing to sue “for their own preservation.”

“Crestone in 2018 became Colorado’s first town to pass general rights-of-nature legislation,” the report said, in an issue involving the control of lights shining into the dark sky at night. Nederland’s first is to have designated “rights” for a watershed.

The movement’s actions aren’t without their opposition. A lawsuit already is pending in Orlando where environmentalists are using a waterways’ “rights” statement to try to block a housing development.

David McDonald of the Mountain States Legal Foundation explained to the Post, “The sky isn’t falling right now, but those who support property rights need to be aware of this. … Rights, as I understand them, belong to people, not to artifacts within the environment or natural wonders. ‘