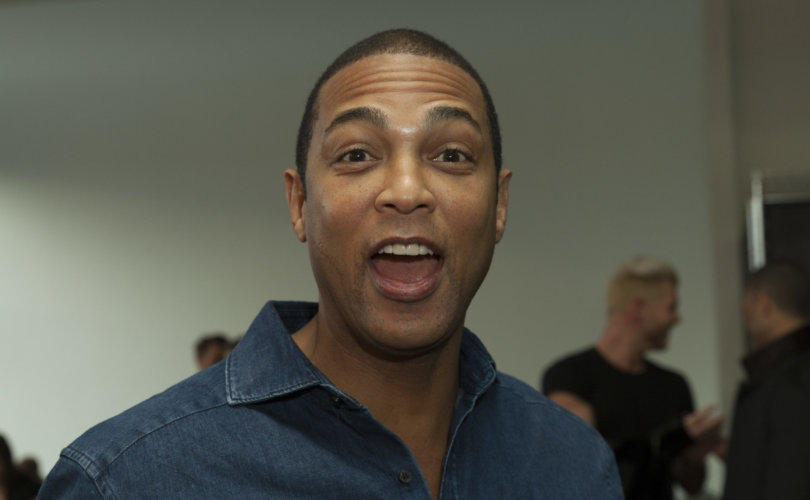 (LifeSiteNews) – CNN’s Don Lemon stated those who refuse an experimental COVID-19 vaccine ought to have limited mobility and participation in society, including denial of essential services.

Lemon revealed his view of unvaccinated people during a recent TV appearance. “I’m sure a lot of people are not going to agree with this,” he began, “but don’t get the vaccine, you can’t go to the supermarket.”

Lemon explained that he believes this is where “we should be right now” since he does not want to “continue to waste our breath on people who are just not going to change.”

“They’re, you know, circular logic, they just keep going back and saying, well, it’s my freedom, it’s whatever, I’m free,” Lemon said, disregarding every individual’s right to decide if they take an experimental vaccine that has yet to be proven safe or effective.

“Well, your kid’s not free to give other kids meningitis in schools, you’ve got to take a vaccine to do that,” he continued, comparing an approved vaccine with the experimental COVID-19 vaccines that have caused serious side effects, including heart attacks.

“You’ve got to take vaccines in order to get, to be, employed. So, ah, what is the big deal?” Lemon asked. Most American employers don’t actually require proof of childhood vaccinations or flu shots for their employees, with the exception of many healthcare offices.

“And all these people are saying, I don’t want to put this stuff in my body, they’re out drinking on the weekend and putting other substances in their bodies that’s way worse for them then a vaccine, so, come on, let’s be real,” Lemon claimed, despite a complete lack of evidence to support his claim.

Dan Gainor, vice president of Free Speech America and Business for the Media Research Center, a media watchdog organization, told LifeSiteNews, “The news media have moved from informing their audience to trying to terrify them. CNN’s Don Lemon wants his audience so fearful of the virus that they treat unvaccinated Americans like lepers.”

“The very outlets that claim voter ID is racist turn around and demand we show an ID just to buy lunch or get groceries or even go to work,” Gainor continued.

“Clearly, the left never heard that bit about catching more flies with honey. Instead, they prefer venom and think they can bully and intimidate Americans into doing what they demand,” Gainor said. “It’s more evidence that the news media live isolated in a giant leftist bubble.”

Lemon’s advice echoes that of many other influential people who are likewise calling for limiting unvaccinated people’s freedoms. Pro-abortion Former Secretary of Health and Human Services Kathleen Sebelius said Americans who refused to take the experimental vaccine should not be allowed to work or have access to children.