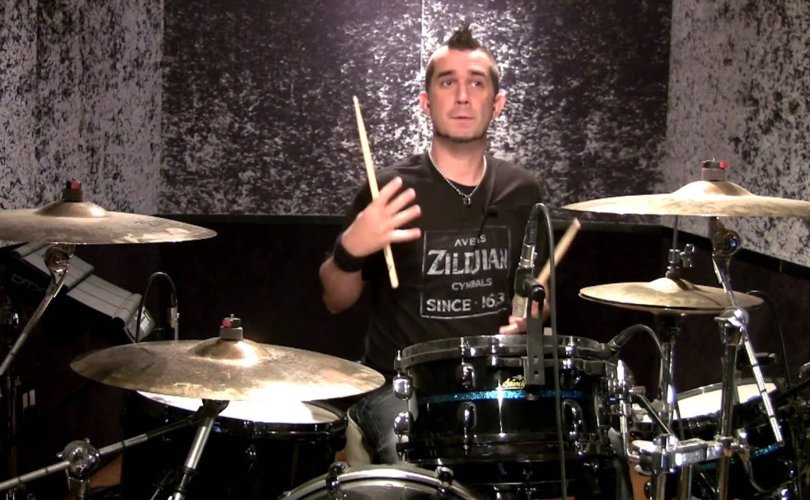 (LifeSiteNews) — Although The Offspring fashions itself as an anti-establishment punk band replete with sexualized and demonic imagery, it has aligned itself with vaccine mandates.

The band forced out drummer Pete Parada after he said he could not get vaccinated against COVID-19. Parada struggles with Guillain-Barré Syndrome, a post-vaccine condition that can include paralysis. He said it “dates back to [his] childhood and has evolved to be progressively worse over [his] lifetime.”

“I’ve got some unfortunate and difficult news to share. I know many of my close friends and family would’ve preferred to hear this privately first – and I apologize for the public nature of my disclosure, but I don’t know how to have this conversation multiple times,” Parada wrote in a Twitter thread on August 2.

He shared that his doctor advised him not to take the jab, based on his medical history.

“I caught the virus over a year ago, it was mild for me – so I am confident I’d be able to handle it again, but I’m not so certain I’d survive another post-vaccination round of Guillain-Barré Syndrome which dates back to my childhood and has evolved to be progressively worse over my lifetime. Unfortunately for me, (and my family – who is hoping to keep me around a bit longer) the risks far outweigh the benefits,” Parada wrote.

“Since I am unable to comply with what is increasingly becoming an industry mandate – it has recently been decided that I am unsafe to be around, in the studio, and on tour,” the drummer said.

After sharing some of the emotions he felt after being kept away from the band, he expressed empathy for others in similar conditions, saying he is in support of “informed consent – which necessitates choice unburdened by coercion.”

“There are countless folks (like me) for whom these shots carry a greater risk than the virus,” Parada said. “Most of us don’t publicly share a private decision we made in careful consideration with our doctors.”

“The hesitant population is not a monolithic group,” he said. “All voices deserve to be heard.”

States such as California have instituted or strongly suggested vaccine passport requirements for large events, including concerts.

The Offspring has upcoming shows in California, including one in Los Angeles on August 8 and in Sacramento on October 9.

The band also has 10 shows before the end of the year in the United Kingdom, which has begun to roll out a vaccine passport system.