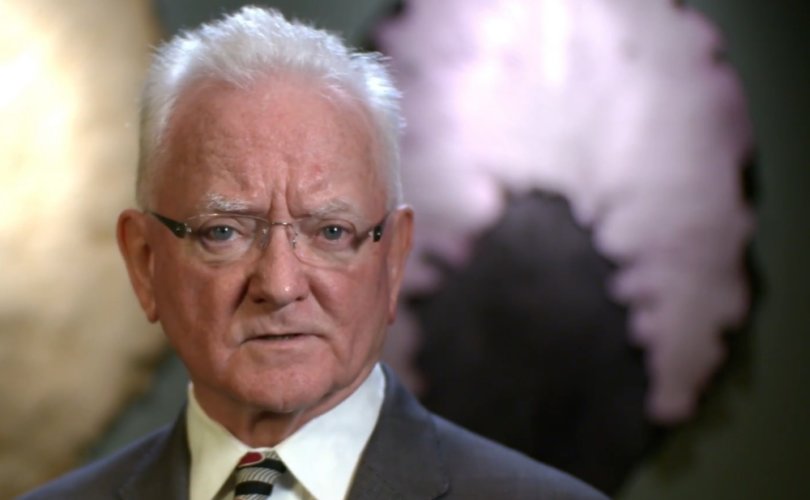 (LifeSiteNews) – Prominent medical doctor Roger Hodkinson issued a stark warning against the almost ubiquitous response of governments around the world to the coronavirus crisis, including the “profoundly unnecessary” lockdowns, masks, and vaccines, calling the results an “unprecedented horror show, the worst in medical history.”

Hodkinson, who delivered his comments while addressing the Truth for Health Foundation’s “Stop the Shot” conference live-streamed by LifeSiteNews on August 4, earned his medical degrees from Cambridge University, served as president of the Alberta Society of Laboratory Physicians, and is now the CEO of Western Medical Assessments, an American biotechnology company involved in DNA sequencing.

Introducing himself as a “freedom-loving pathologist,” Hodkinson described his alarm at witnessing the widespread weaponization of the COVID-19 virus by politicians who seek to enact a kind of medical tyranny.

“I am viscerally outraged at how profoundly unnecessary this grotesque tragedy has been, yet somehow still continues,” the doctor lamented.

Hodkinson urged attendees of the conference to “believe nothing you are being told, it has all been a pack of lies from start to finish, pure propaganda.”

Hodkinson noted that COVID-19 “is nothing more than a bad seasonal flu and nothing was needed except good old common sense and early treatment with drugs known to be totally safe,” echoing the advice of many other prominent physicians, including the pioneer creator of early treatment for the virus utilizing hydroxychloroquine, Dr. Vladimir Zelenko.

Hodkinson noted that “more than anything, this is a pandemic of fear,” given the availability of treatment for COVID and the relative safety of most of the world’s population from being badly injured by the virus. Continuing, the physician explained that the “totally unnecessary fear” is “driven by two major factors: the notorious PCR test and the viciously effective silencing of any counter narrative.”

Regarding the PCR test, Hodkinson said that it “creates over 95 percent false positives in perfectly well people,” which “drives the graphs in the morning paper where these false positives are called ‘cases.’ They are no such thing! You are being lied to.”

Addressing his second observation — that counter narratives are being purposely snuffed out —  Hodkinson described a widespread “silencing of truth from the three sources you would normally rely upon to form your own, independent judgement: politicians, the media, and physicians.”

Hodkinson homed in on medical doctors, whom he said “by their cowardly silence have decided to put income ahead of ethics, the ethics we physicians are supposed to hold dear,” namely to “first do no harm” and ensure “informed consent.”

Some of the doctors willing to abandon the medical principles set out by Hodkinson, he highlighted, became “the excuse for politicians and unelected bureaucrats to enforce ridiculous, arbitrary mandates that have no consensus for any effectiveness in the medical literature. None!”

“I’m talking here about masks, social distancing, travel bans, and lockdowns. They couldn’t work, haven’t worked, and will not work,” Hodkinson argued, instead suggesting that “nothing works except effective prophylaxis,” including “vitamin D and ivermectin.”

Speaking later on the politicians responsible for locking down their respective nations and regions, Hodkinson criticized their tactics as having “dressed themselves in the flag, demanding that only they can protect you from all of life’s risks.”

“It can’t be done,” Hodkinson advised. “I can tell you with categorical certainty, as a pathologist: death happens, life is risky. Get used to it, just like you did with past flu epidemics and every day when you drive your car.”

In fact, Hodkinson maintained that not only must governments accept that it is impossible to completely avoid medical risks but that they “must get used to the fact that modern medicine is totally impotent at controlling the spread of respiratory viruses.”

Instead, “we must simply accommodate to them in ways we have done most effectively with past flu epidemics, with liberal doses of the cheapest, most effective medicine there is,” a response he characterized as “common sense.”

In reference to the once-maligned evidence suggesting that COVID-19 escaped from the Wuhan Institute of Virology, Hodkinson underlined the involvement of Dr. Anthony Fauci, chief medical adviser to the President, particularly in gain-of-function research at the lab.

Nicknaming the National Institute for Allergies and Infectious Disease (NIAID) director “Flip-flop Fauci,” Hodkinson noted that he “created COVID-19 when his gain-of-function research escaped from the lab in Wuhan.”

“You shouldn’t be forced to put your life on the line or your child’s life on the line by getting vaxxed just to solve the problem he created,” Hodkinson said, affirming the danger associated with the currently available experimental jabs against COVID-19. “That’s government tyranny and indescribably offensive.”

The physician concluded by urging viewers not to be unduly pressured or coerced into taking one of the “vaccines” currently associated with more than 11,000 deaths and almost 52,000 total injuries in the United States alone, according to records on the Vaccine Adverse Event Reporting System.

“Don’t let them scare you into getting vaxxed,” Hodkinson said. “Tell them instead to ‘Stop the shot.’”