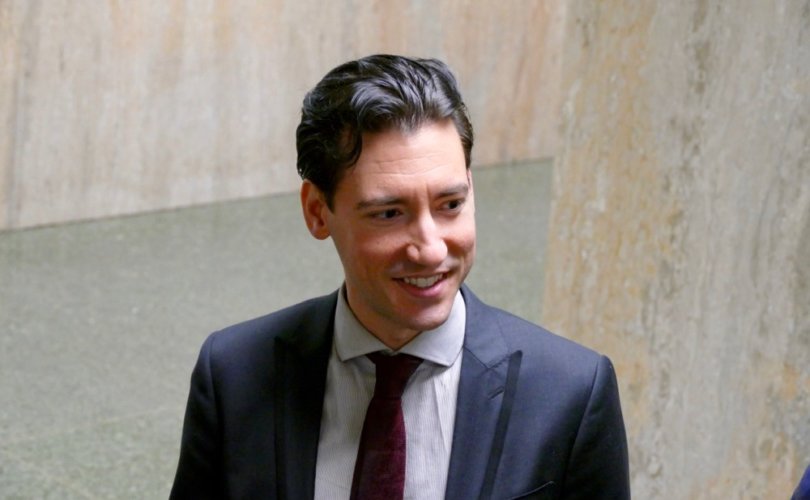 The brief, which supports the restrictions, is filed on behalf of Daleiden and the Center for Medical Progress by Thomas More Society special counsel Charles LiMandri and Paul Jonna through the Thomas More Society-partnered nonprofit Freedom of Conscience Defense Fund.

The amicus brief gets right to heart of the matter in the Summary of Argument, which opens with the documented words of Dr. Deborah Nucatola, senior director of medical services for Planned Parenthood Federation of America.

“We’ve been very good at getting heart, lung, liver, because we know, so I’m not gonna crush that part — I’m gonna basically crush below, I’m gonna crush above, and I’m gonna see if I can get it all intact,” Nucatola stated clearly in the video footage taken by Daleiden during his investigation of alleged illegal acts by abortion giant Planned Parenthood and others in the abortion industry.

LiMandri recalled “the sheer shock that so many folks felt six years ago on their first encounter with these grim and gruesome realities.”

Daleiden, who has been legally prosecuted on multiple fronts by the abortion lobby, Planned Parenthood, and elected officials whose campaigns were financially backed by abortion organizations, produced and first publicized the damning video footage in 2015.

The arguments put forth in the brief from Daleiden and the Center for Medical Progress are what LiMandri labels “simple and straightforward.”

In part, the argument supporting the Mississippi abortion ban reads, “By 15 weeks’ gestation, the human infant in the womb unmistakably manifests ‘the human form’ identical to any other member of our community. Ironically, it is precisely from this point when the fetus becomes most recognizably a fellow human being, that the fetuses vulnerable to abortion become most useful as an experimental biologic ‘resource.’”

The brief continues, “Even though four-month-old infants in the womb move, kick, suck their thumbs, hiccup, and demonstrate a readily discernible heartbeat and brainwaves, and even though the Constitution guarantees that ‘neither slavery nor involuntary servitude’ shall exist in America nor that any person be deprived of life without due process of law, these same children can be routinely killed through live dismemberment abortions or trafficked and sold for experimental use.”

Jonna added, “To put it bluntly, the children that Mississippi seeks to protect with a pre-viability prohibition are the same children most at risk of human trafficking for experimentation. These are the children whose hearts, lungs, and livers, are driving the abortion industry to do more abortions because they hold great value in the dark underbelly of the fetal tissue trade.”

In May, the Supreme Court agreed to hear Dobbs and review the legal challenge that could upend the high court’s 1973 Roe v. Wade decision that made abortion legal in America. In 2018, the Mississippi legislature passed the law that heavily restricted abortion after 15 weeks’ gestation. The only licensed abortion facility in Mississippi sued the state, claiming the law to be unconstitutional.

The Thomas More Society also filed its own amicus brief with the Supreme Court in Dobbs with an argument rooted in the Constitutional right of Due Process. The document has no hesitation in proclaiming its ultimate intention:

“This case presents the Court with a unique opportunity to correct a judicial error of historic proportions, an error that has resulted in the deaths of more than 60 million unborn children. Roe v. Wade should and must be overruled.”

On July 20, the Thomas More Society also filed an amicus brief in Dobbs v. Jackson Women’s Health with the Supreme Court on behalf of Illinois Right to Life and Dr. Steve Jacobs.

Read the Brief Amici Curiae of the Center for Medical Progress and David Daleiden in Support of Petitioners filed by the Thomas More Society on July 28, in the Supreme Court of the United States in Dobbs et al. v. Jackson Women’s Health Organization et al. here.