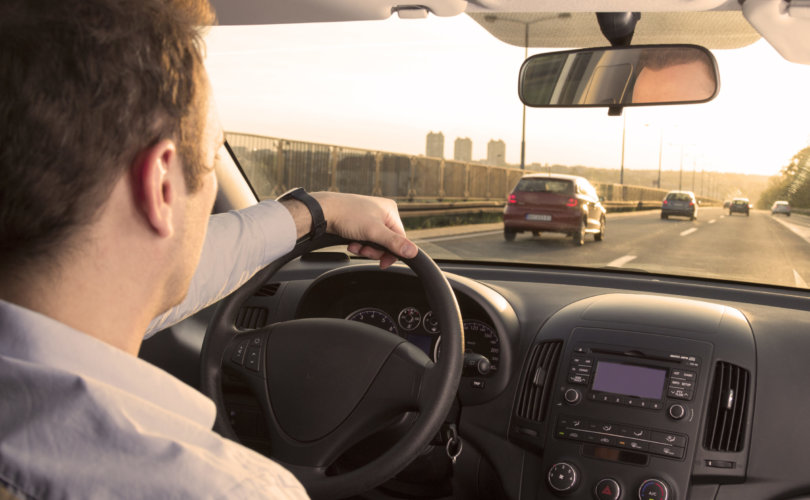 WASHINGTON, D.C. (LifeSiteNews) — A provision in the Biden administration-backed $1.2 trillion infrastructure bill currently under debate in the U.S. Senate has sparked controversy for an initiative tucked into the legislation that would explore charging Americans a fee for every mile they drive.

If undertaken, the program would make driving considerably more expensive for Americans, a result the Western Journal’s Taylor Penney suggested is “intentional,” and “another way to cripple our existing ways of life.”

The pilot program to research charging Americans a per-mile fee to drive their personal vehicles is described in section 13002 of the bill, nestled into pages 508 to 519 of the massive 2,702-page infrastructure package.

As reported by the New York Post, the program would direct “Transportation Secretary Pete Buttigieg and Treasury Secretary Janet Yellen to provide recommendations to Congress within three years after the program was established.”

Passenger vehicles as well as light-, medium-, and heavy-duty trucks would be subject to the per-mile fee under the initiative, with fees variable “to reflect estimated impacts on infrastructure, safety, congestion, the environment, or other related social impacts.”

In a Twitter post on August 3, the Claremont Institute’s Nick Short remarked that the suggested “national motor vehicle per-mile user fee (MBUF) … is basically a long-term plan to make it too expensive to drive a car.”

Americans who don’t want to or can’t wear a mask on an airplane, as is now required for all passengers over age two, are left with no choice but to drive if they need to travel a long distance.

As reported by FOX News, the startling provision appears to go against President Biden’s repeated claims that he is opposed to a national hike on taxes – including gas taxes – for middle-class Americans.

As recently as June, White House spokesman Andrew Bates claimed that Biden “is adamantly opposed to raising taxes on people making less than $400,000 a year.”

“After the extraordinarily hard times that ordinary Americans endured in 2020,” Bates added, “[Biden] is simply not going to allow Congress to raise taxes on those who suffered the most.”

However, a White House official argued that the MBUF research provision, which would look to impose a mileage tax, would not contradict President Biden’s “pledge” to avoid raising taxes.

“There is literally nothing in the bill that is counter to the president’s pledge,” the official told the Washington Examiner, saying the “federal pilot program” is “based on individual volunteers, who receive full refunds, for studies that would then only be the basis for recommendations about future legislation.”

However, the MBUF provision would appear to place a significant financial burden on Americans driving personal vehicles if its research influences future legislation.

While not rejecting the mileage tax scheme, Biden has called for unused COVID relief funds to be used to fund the infrastructure bill.

But according to Republican U.S. Sen. Ted Cruz of Texas,“only about $50 billion in COVID funds” is being put toward the $1.2 trillion legislative package.

Cruz added that the “so-called bipartisan” infrastructure bill had been offered as an alternative to a $3.5 trillion “tax and spend bill” offered by Democrats, but said in fact “it’s not being offered in exchange.”

“The Democrats have made it clear that they’re going to pass this infrastructure bill, take every penny of the spending, and then turn around and try to ram through their massive $3.5 trillion tax and spend bill right on top of this,” Cruz said, “which means we’re looking at about $5 trillion of spending in just those two bills.”

“Democrats want to give billions of dollars to unelected bureaucrats in the Biden administration to spend however they please,” Cruz argued, citing a Wall Street Journal article that called the bill “[a] major down payment on President Biden’s Green New Deal.”

The allegedly bipartisan infrastructure bill has received the enthusiastic backing of the Biden administration, with the White House calling it “a critical step in implementing President Biden’s Build Back Better vision” to “combat the climate crisis” and “create a generation of good-paying union jobs.”

The Biden administration’s oft-used slogan “Build Back Better” is a phrase tightly associated with the World Economic Forum’s Great Reset agenda, a radical global socialist plan that seeks to “press the reset button on capitalism, transforming everything about our society.”

Republican U.S. Sen. Josh Hawley of Missouri told FOX’s Tucker Carlson the infrastructure bill “is the kind of thing that our voters sent us to Washington to say no to. Voters don’t support the radical far-left agenda.”

“This [infrastructure bill] is the kind of thing that our voters sent us to Washington to say no to, voters don’t support the radical far-left agenda” says @HawleyMO.

“…Republicans need to stand strong and say ‘no, this is crazy. This is insane.” pic.twitter.com/omrsC8aRGB

“Republicans need to stand strong and say ‘no, this is crazy,’” Hawley said. “This is insane.”

News of the massive infrastructure package’s plan to charge Americans a per-mile fee to drive comes as Biden issued an executive order on August 5 to force U.S. car manufacturers to make at least 50% of new vehicles 100% emission-free by 2030.

The future of the auto industry is electric. There’s no turning back.

The target year is tied to the United Nations’ global “Sustainable Development Goals,” which promote a radical overhaul of democratic national governance and free market economic systems by the year 2030.

According to a White House statement announcing the Biden administration’s August 5 executive order, “America must lead the world on clean and efficient cars and trucks. That means bolstering our domestic market by setting a goal that 50 percent of all new passenger cars and light trucks sold in 2030 be zero-emission vehicles, including battery electric, plug-in hybrid electric, or fuel cell electric vehicles.”

The sweeping federal mandate for 50% emission-free vehicles by 2030 is not as strict as a similar executive order handed down by California Gov. Gavin Newsom in September 2020, which will force 100% of vehicles sold in the state to be zero-emission by 2035, phasing out gas-powered cars and trucks.

The Senate is expected to vote on the final version of the infrastructure bill this weekend, after Majority Leader Chuck Schumer, D-New York, filed two motions to invoke cloture to overcome a filibuster and initiate final debate on the legislation Saturday.

2) Cloture requires an “intervening day” to ripen. Friday is the intervening day. That tees up cloture votes to break the filibuster on the final versions of the bill Saturday. They need 60 yeas to break a filibuster.

If passed, the bill is expected to add over $250 billion to the already over-strained federal deficit over a 10-year period, according to projections by the Congressional Budget Office.

Calling the infrastructure package a “liberal spending wish list,” Sen. Cruz remarked, “[t]he old saying was: if it moves, tax it, and if it stops moving, subsidize it. Well, this bill taxes the things that we’re trying to get moving in the first place.”

“We can’t afford it,” Cruz added. “It’s irresponsible. I urge every senator to say enough is enough. Stop the madness.”

The bill also contains a provision mandating that new cars be manufactured in such a way that they be able to detect whether a driver is drunk.

This technology, according to the bill, would “passively monitor the performance of a driver” and “whether that driver may be impaired.” It would also “passively and accurately detect whether the blood alcohol concentration of the driver of a motor vehicle” is too high to be driving and prevent the car from driving if that is the case.

More concisely, vehicles will be required to track whether their drivers may have been drinking and will shut down if they believe that to be the case.