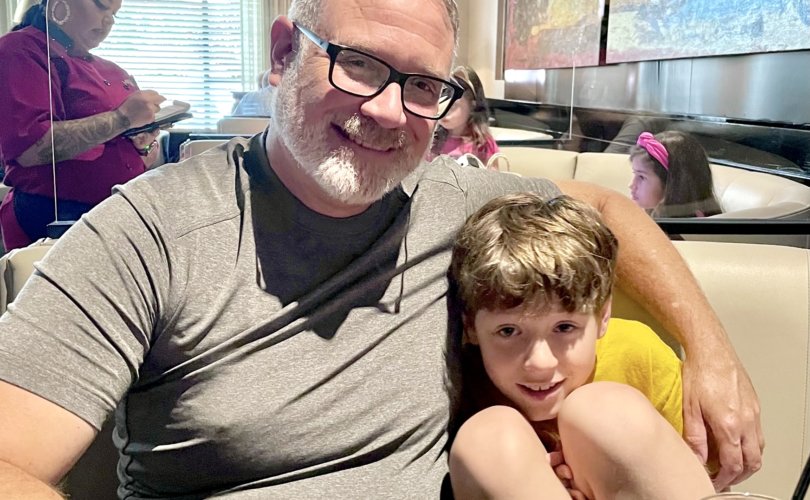 DALLAS (LifeSiteNews) – A Texas judge granted full custody of James Younger to his mother, who refers to the 8-year-old boy as a girl named “Luna” and wants to subject him to “gender transitioning.”

Judge Mary Brown, a Democrat, sided against James’ father, Jeff Younger, in a ruling handed down last week, awarding Younger’s ex-wife, Anne Georgulas, temporary custody of James and his twin brother, Jude. Younger opposes transgender procedures for his son and has fought Georgulas, who is not the boys’ biological mother, in court for years to protect James.

Brown cited what she alleged was Younger’s “unwillingness or inability to follow the order designed to serve the best interests of the children” and said he “failed to timely make” child support payments.

As a result, the judge granted Georgulus “exclusive rights on a temporary basis,” according to the memorandum ruling published by the Texan.

Georgulas may also withhold information from Younger regarding his children’s welfare, including details about “mental health appointments.”

“The prior orders that Ms. Georgulas must notify Mr. Younger of doctor’s, counseling, or mental health appointments, or extracurricular activities for the children are lifted,” Brown ruled.

Younger is allowed only strictly limited visitation rights, and his “possession periods shall be continuously supervised by Forensic Counseling Services … at Mr. Younger’s sole cost and expense,” the judge added.

Under Brown’s order, Georgulas cannot, however, exclusively determine whether James can be forced to undergo transgender procedures, like puberty blockers, cross-sex hormones, or genital mutilating surgeries. The ruling leaves open the possibility that James could be “transitioned”  via court order.

Younger has vehemently denied his ex-wife’s claims that his son has gender dysphoria. He has said James acts like a normal boy at his house and that James has thrown away dresses that Georgulas bought him.

“Judge Mary Brown ruled against the safety and protection of James and Jude,” the “Save James” Facebook page wrote last week. “As of today, no communication with their beloved daddy! Dr. Fletcher’s dishonest report has prompted Anne to file an Ex Parte Temporary Restraining order to prevent Jeff from seeing or even speaking with his sons. The child abusers say James and Jude are afraid of Jeff!”

As Republican gubernatorial candidate and former Texas lawmaker Don Huffines has pointed out, Fletcher has been appointed to multiple state boards by Republican Gov. Greg Abbott.

Abbott has expressed public support for Jeff Younger’s cause but has taken little action during his six-year tenure to protect children like James from experimental, irreversible transgender procedures or from transgender indoctrination. The governor ordered a formal investigation Friday into whether “sex change” surgeries constitute child abuse.