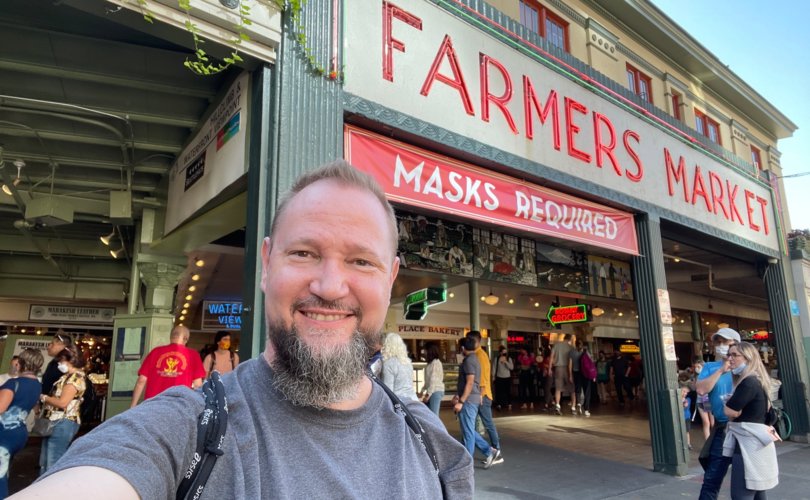 (LifeSiteNews) — The CEO and co-owner of a video game development company has been forced out of his job after he made comments on Twitter in support of Texas’ recently enacted prohibition on abortions once a fetal heartbeat is detected.

“Proud of #USSupremeCourt affirming the Texas law banning abortion for babies with a heartbeat,” John Gibson wrote September 4 on Twitter. “As an entertainer I don’t get political often. Yet with so many vocal peers on the other side of this issue, I felt it was important to go on the record as a pro-life game developer.”

“Thank you for standing for LIFE! Children will continue to live because of your courage in speaking out,” pro-life organization Live Action tweeted.

The comment by Gibson has been liked more than 16,000 times. The former CEO, who still lists himself as “president” of Tripwire, has liked several comments in support of his position.

“Appreciate you speaking up! My wife and I were heartbroken over 2 miscarriages, not sure why so many people are determined to believe that killing another human being in utero is ok,” one person said to Gibson.

“A lot more people in this industry probably hold the same view, but don’t have the guts to say it,” said Ian Fisch, the creator of the video game Road Redemption. His recent tweets indicate he himself opposes the Texas law.

“The comments given by John Gibson are of his own opinion, and do not reflect those of Tripwire Interactive as a company. His comments disregarded the values of our whole team, our partners and much of our broader community,” the company said. “Our leadership team at Tripwire are deeply sorry and are unified in our commitment to take swift action and to foster a more positive environment.”

“Effective immediately, John Gibson has stepped down as CEO of Tripwire Interactive,” the news release said.

New CEO Alan Wilson “will work with the rest of the Tripwire leadership team to take steps with employees and partners to address their concerns including executing a company-wide town hall meeting and promoting open dialogue with Tripwire leadership and all employees.”

One company, Shipwright Studios, said it would break its agreement with Tripwire over Gibson’s comments, though its position may have changed since he left.

“While your politics are your own, the moment you make them a matter of public discourse you entangle all those working for and with you,” the company said in one of only six tweets it has ever sent. It said it will begin to end contracts with Tripwire.

The situation is reminiscent of the backlash from liberal activists over former Mozilla CEO Brendan Eich’s donation to a California campaign to prohibit the recognition of same-sex unions as a “marriage.”

Susan G. Komen Foundation, a breast health nonprofit, also forced out its vice president of public policy in 2012 after the board tried to break the group’s ties to Planned Parenthood. Karen Handel later became a Republican Congresswoman. She previously had been Georgia Secretary of State.

Gibson has not made any further comments.