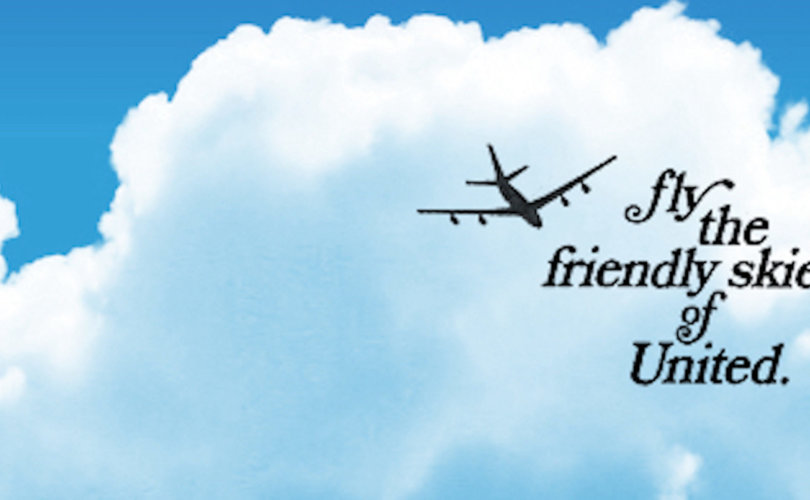 (LifeSiteNews) — United Airlines delivered an ultimatum to its employees holding or seeking religious or medical COVID-19 vaccine exemptions: Get vaccinated before October 2 or be placed on unpaid leave. Other employees who continue to decline the vaccination without being granted a medical or religious exemption will be fired.

“Fly the Friendly Skies of United” is perhaps the best-known airline slogan of all time, having been used by United Airlines (UAL) for more than 30 years, yet those once-friendly skies are dark and stormy for many within the corporation who cannot in good conscience or for medical reasons submit to the COVID-19 vaccine.

In a pair of three-page memos issued Wednesday by Kirk Limacher, United’s vice president of human resources, the airline announced that any worker granted a religious exemption will be placed on voluntary unpaid leave while those granted medical exemptions will be placed on medical leave.

The memo offers no end date for the unpaid leave.

Anyone not granted a medical or religious exemption who remains unvaccinated will be terminated.

Roger Gannam, assistant vice president of legal affairs at Liberty Counsel, told The Epoch Times that UAL’s employee vaccine policy is the harshest his organization has seen in the United States so far.

“Liberty Counsel has been assisting thousands of airline employees with religious exemptions who have been told they must get the COVID injection in order to keep their jobs,” an August 26 statement from the organization explained. “These employees are facing illegal resistance from the airlines, and lack of support from the unions. They are being placed under extreme stress.”

Last month, a group of UAL pilots petitioned a Florida court seeking a temporary restraining order against the company’s vaccine mandate, which they see as dangerous and life threatening not only for themselves but for their passengers.

The 18 pilots — who have a combined total of roughly 200 years of military aviation and 440 years of commercial aviation experience — said they believe that “United Airlines’ mandate and policies are discriminatory at best, predicated on misinformation or disinformation, and places the pilots and general public at dire risk.”

“United has given its employees an unconscionable ultimatum,” claim the pilots in their legal filing, “which among other things, grossly violates numerous provisions of the Constitution: choose between their jobs which afford them the ability to feed, clothe, and house their families – or – take an experimental, life-threatening vaccine which evidence suggests not only does more harm than good, but poses greater risks to those in the airline industry.”

“What is at stake is literally a matter of life and death; not only for the United employees but the public-at-large,” the pilots said.

The pilots assert in their lawsuit that UAL’s COVID-19 vaccine mandate “places them at a particular, significant risk of harm with enhanced possibility of heart failure and clotting working at high altitudes that transport numerous souls aboard their aircraft who entrust the pilots to fly them safely to their destinations on a daily basis.”

According to the court filing:

Plaintiffs believe the vaccines to be dangerous generally and particularly unsafe for pilots. Blood clots, vision impairment, neurological issues, and heart issues are among the many vaccine-related injuries; and the overall responsibility for passengers and crew falls on the pilots. In short, Plaintiffs believe this mandate is a danger to themselves as well as the general flying public.

Dr. Peter A. McCullough, MD, MPH offered expert testimony on behalf of the pilots. He said, in part:

‘A reckoning is on the horizon’

“This is not a left or right issue,” the pilot’s attorney, Kenneth W. Ferguson, told LifeSiteNews.  “And this is not about being anti-vax.”

“People should have the right to choose,” Ferguson said. “Just because you have ‘Inc.’ behind your name doesn’t give you the right to infringe upon inalienable constitutional rights.”

To those UAL employees who I have not had the privilege to speak with directly, and to all Americans who are concerned with mandates: be bold, do not fear what is happening, and encourage one another. A reckoning is on the horizon.