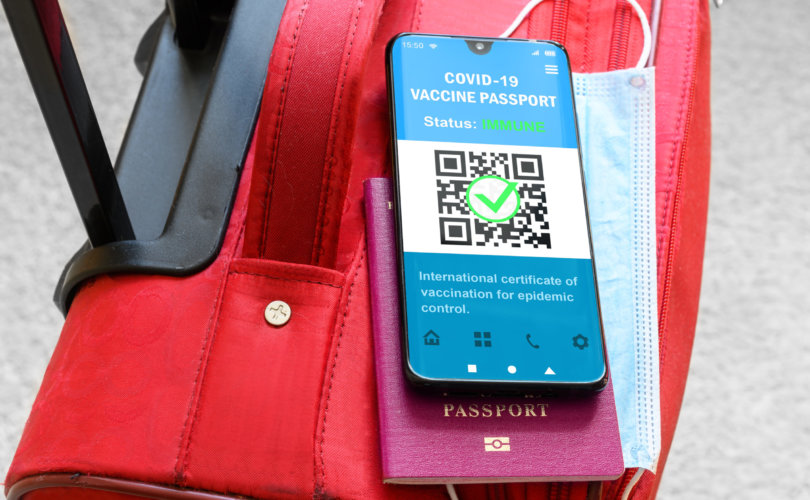 LONDON (LifeSiteNews) — The U.K. dropped plans to require a vaccine passport for night clubs and large venues less than a week after first confirming them. Still, passport measures may come back on the agenda for the winter.

U.K. Health Secretary Sajid Javid told the BBC on Sunday he was “pleased to announce” that the British government will “not be going ahead” with plans for vaccine passports. A week earlier, Javid had announced that vaccine passports would be introduced “as early as October” to make sure the “whole economy remains open.”

Both Javid and Prime Minister Boris Johnson said plans for a vaccine passport should be kept “in reserve” in case “things change.”

The British government has been going back and forth on plans for a vaccine passport for months. In December 2020, Minister for Covid Vaccine Deployment Nadhim Zahawi said twice that he had “no plans to introduce so-called vaccine passporting,” and urged businesses “not to even think about [it].”

In spite of this, vaccine passports were introduced in May of this year, and in July, Boris Johnson announced they would be required from the end of September in order to gain access to night clubs and other venues where large crowds gather. At the time, he even warned that “proof of a negative test [would] no longer be sufficient.” Zahawi confirmed this only last Tuesday, saying vaccine passports would be required to enter night clubs and other large venues from October.

On Sunday, however, Javid told Sky News, “Instinctively, I don’t like the idea at all of people having to present papers to do basic things.”

Sajid Javid says people should not have to use #COVID19 passports to secure entry to nightclubs and large scale public events.

The health secretary also said he wants to ditch PCR tests for travellers.

He repeated this statement on the BBC the same day. “Most people instinctively don’t like the idea,” he said. “I’ve never liked the idea of saying to people ‘you must show your papers’ to do what is an everyday activity.”

The health secretary then announced, “I’m pleased to say that we will not be going ahead with plans for vaccine passports.”

The BBC host at this point asked Javid for confirmation and qualified the change as “baffling for people.”

Javid confirmed that “we will not be going ahead” and replied that he and the other ministers had been “absolutely right to look at [this measure],” but that the decision should “be looked at in combination with other measures.” He also explained that many countries who had gone ahead with the vaccine passport had done so in an effort to boost their vaccination rates, whereas the U.K. had been “very successful with [its] vaccination rates so far.”

This latest change comes after heavy backlash from conservative MPs who qualified the measure as “unsupportable, coercive and discriminatory.”

On the same day, Javid also announced a possible lift of PCR testing requirements for travelers and people on vacation in the near future.

“I want to try and get rid of that as soon as I possibly can,” he told Sky News. “I’m not going to make that decision right now, but I’ve already asked officials that the moment we can, let’s get rid of these kinds of intrusions.” The Health Secretary also vowed not to keep “anything like that in place for a second longer than is absolutely necessary.”

On Sunday, both Javid and Johnson hinted at the possibility of vaccine passports making a comeback if deemed necessary.

Johnson said, “Sajid Javid, the health secretary, and Nadhim Zahawi, the vaccines minister, are both right. What we want to do is avoid vaccine passports if we possibly can, and that’s the course we’re on.”