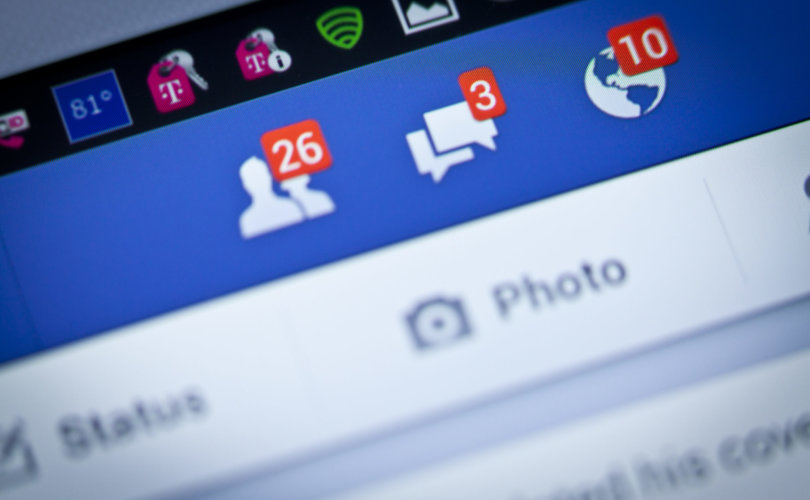 (LifeSiteNews) – Billions of social media users were unable to access their Facebook accounts Monday, as the liberal tech giant experienced what may be its most embarrassing folly ever starting around 11:40 a.m. EST.

Some have speculated the company was the victim of a hack, though Facebook Chief Technology Officer Mike Schroepfer tweeted that the company is merely experiencing “network issues.”

As of the publication of this story, many users were able to re-access the platform.

WhatsApp, Instagram, Oculus, and Workplace — Facebook’s internal communications platform — also went down Monday. All are owned and operated by Facebook.

Facebook has come under intense criticism in recent weeks after a Wall Street Journal report found that the platform is intentionally toxic for teenagers, especially young girls.

Democrat U.S. Sen. Richard Blumenthal and Republican Sen. Marsha Blackburn have since launched an investigation into the matter.

Facebook whistleblower Frances Haugen has also come forward in recent weeks revealing the site’s dishonesty. Haugen appeared on 60 Minutes this past weekend, fueling more speculation that the site was hacked. Haugen will testify before Congress on Tuesday, October 4.

Conservatives on social media reveled in the opportunity to mock the Mark Zuckerberg-owned company.

Sean Davis, co-founder of The Federalist, made a connection to the 2020 election.

The corrupt tech buffoons who told you 2020 was the safest and most secure and most in hackable election ever—and who banned you if you said otherwise—currently can’t get into their own building because their own servers won’t let them.

“More than 1.5 billion Facebook users may have had their information breached by hackers on Monday after a data dump containing their personal information was advertised for sale on a hacking forum,” he said.

LifeSite cannot confirm if such a breach has occurred but will report on any further developments with this story as they happen.