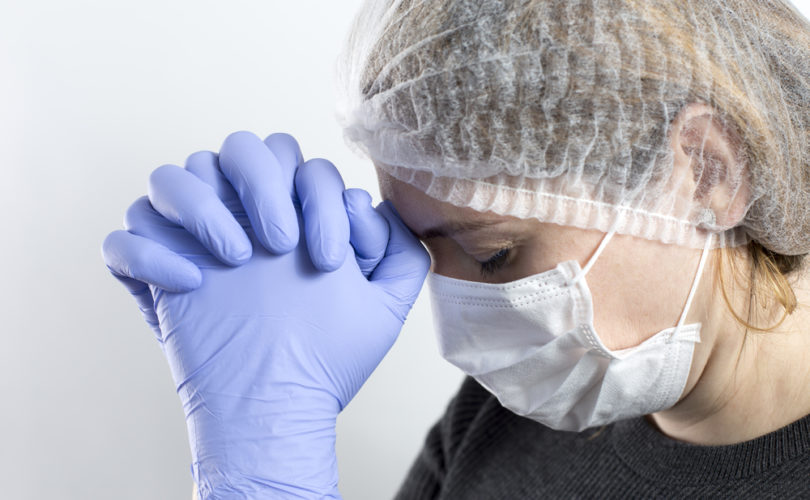 Judge Hurd’s decision holds that the health professionals are likely to succeed at trial on their claim that the mandate unlawfully forecloses the remedy of religious accommodation afforded under Title VII of the federal Civil Rights Act of 1964. In a major victory for religious liberty in the face of what attorneys have labeled “draconian COVID-19 regimes,” Hurd further held that the mandate also likely violates the Free Exercise Clause of the First Amendment because it is not a neutral law, but rather allows medical exemptions while precluding religious exemptions.

The mandate fails the legal requirement of “narrow tailoring” of non-neutral laws that impact religion because New York failed to show that less restrictive means, such as the use of personal protective equipment, were not sufficient to address the alleged “compelling interest” in limiting the spread of COVID-19. The court further noted that the mandate omitted a religious exemption that, only days before, was present in the mandate’s previous version, and that other states have mandated vaccination in certain circumstances without denying the possibility of religious exemptions.

Attorney Stephen Crampton, Thomas More Society senior counsel, reacted to the order issued by Hurd. “This is very clearly a decision supporting the constitutional rights of these medical workers whose requests for religious exemption to the vaccine mandate were rejected by Governor (Kathy) Hochul and her administration,” Crampton said. “New York seems to be dead set on ignoring the United States Constitution, its Amendments, and the Civil Rights Act. We are pleased that Judge Hurd has seen fit to put an immediate halt to that gubernatorial overreach.”

Lead counsel in the case, Thomas More Society special counsel Christopher Ferrara, commented, “With this decision the court rightly recognized that yesterday’s ‘front line heroes’ in dealing with COVID cannot suddenly be treated as disease-carrying villains and kicked to the curb by the command of a state health bureaucracy. Some of these plaintiffs contracted COVID while treating patients, recovered, and were allowed to return to work with the same protective measures that were good enough for the 18 months that they were the heroes in the battle against the virus. There is no ‘science’ to show that these same measures are suddenly inadequate – especially when they are allowed for those with medical exemptions.”

Hurd issued an initial temporary restraining order against the governor and her administration on September 14 without a hearing, mere hours after Thomas More Society attorneys filed the lawsuit on behalf of the medical workers. On September 20, Judge Hurd extended that temporary restraining order through October 12 and cancelled the scheduled September 28 hearing on a Thomas More Society request for a preliminary injunction.

The October 12 decision and order now prohibits the governor and any agencies or persons under her from “enforcing, threatening to enforce, attempting to enforce, or otherwise requiring compliance” with the COVID vaccine mandate. New York is also forbidden to take “any action, disciplinary or otherwise, against the licensure, certification, residency, admitting privileges or other professional status or qualification” of any of these medical professionals as a result of their seeking or obtaining a religious exemption from mandatory COVID-19 vaccination.

“These plaintiffs are not anti-vaxxers,” Crampton stressed, noting that their objection to the COVID-19 vaccine is rooted in its abortion-connected research and development, something that these individuals’ deeply and sincerely held religious beliefs declare to be wrong.