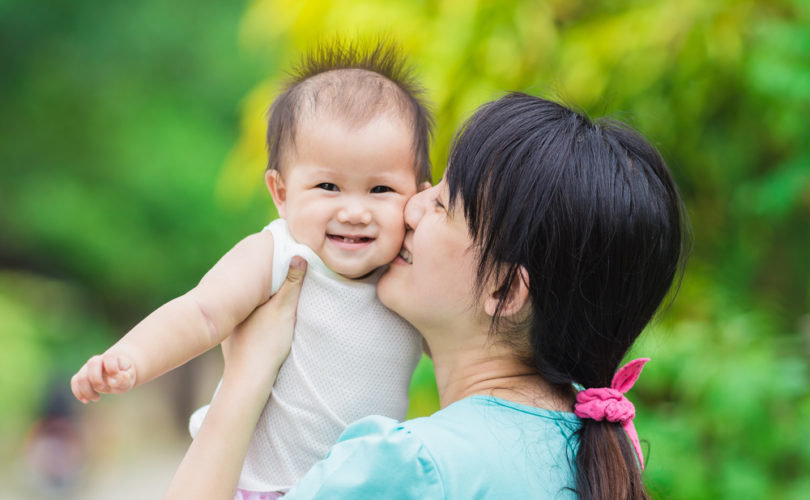 WINNIPEG, Manitoba (LifeSiteNews) — The Manitoba government voted against a bill seeking to bar pro-life activists from peacefully protesting in front of abortion clinics.

On October 1, the Manitoba legislature voted 30-20 against “anti-free speech and pro-abortion” Bill 207. Proposed by the New Democratic Party (NDP), Bill 207 sought to criminalize pro-life demonstrations in front of abortion clinics.

Bill 207 was proposed by NDP House Leader Nahanni Fontaine with the intention of creating government-mandated “bubble zones” around abortion clinics, barring pro-life activists from protesting abortion or attempting to dissuade women from aborting their children near or around clinics offering the infanticide services.

“Bill 207 (the Abortion Protest Buffer Zone Act), which claimed to be about preventing harassment of pregnant mothers entering an abortion facility, was actually focused on criminalizing anti-abortion voices and denying these mothers the right to know about alternatives to abortion, such as adoption,” Slykerman said.

“Bubble zones unfairly vilify people who offer women the support they need to carry their babies to term,” she added.

Canada has the most relaxed abortion laws in the world, with no law prohibiting abortion after any particular gestational period. However, a pamphlet by the Manitoba government entitled “Teen Pregnancy Options” informs pregnant minors that most doctors will not perform abortions after 16 weeks and, therefore, “the earlier you arrange it, the easier it will be to get an abortion.”

Despite the legal status of abortion in Canada, which includes late-term dismemberment, Fontaine lamented the government’s decision to continue allowing citizens to protest in front of facilities where such acts occur.

“It’s disappointing that the Manitoba Conservatives decided this morning to get up in the Chamber and vote against protecting Manitobans’ right to safely access reproductive health,” she stated.

This is not the first time Fontaine has proposed this piece of legislation. In 2018, the same bill was presented by the politician and was similarly rejected. According to CTVNews,  Fontaine plans to continue introducing the bill “until it passes.”

In contrast to Fontaine’s frustration at her failed pro-abortion efforts, Slykerman expressed gratitude for Manitoba’s decision, citing not only a victory for the pro-life movement but for Canada’s foundational values as well.

“We congratulate Progressive Conservative [members of the Legislative Assembly] for defeating this bill by a vote of 30 to 20 that specifically targeted pro-life speech. Censorious ‘bubble zone’ legislation has no place in a free and democratic society,” she said.

“Now that Manitoba has shown principled leadership on free speech, we urge Premiers Ford in Ontario and Kenney in Alberta to follow suit by introducing government bills to repeal similar legislation that censors pro-life speech and criminalizes the constitutionally protected actions of pro-life citizens,” she stated.

In 2017, Ontario passed the misleadingly titled “Safe Access to Abortion Act” that barred pro-life activists from demonstrating or ministering within 50 meters (roughly 150 feet) from the property line of an abortion clinic.

In contrast with government double-speak terms such as “safe access” and “reproductive rights,” thousands of women have experienced hemorrhaging as the result of botched abortions in Canada since 2007.

But despite pro-abortion actions taken by governments, abortion in Canada has been on a steady decline over the last 10 years. With a population of only 36 million, Canada saw a whopping 108,844 abortions in 2011, but by 2019 that number had dropped significantly to 83,576.

Nevertheless, there were still only 372,711 births that year, meaning nearly one in five pregnancies in the nation ended in abortion in 2019 alone.

CLC director of political operations Jack Fonseca believes that O’Toole lost the recent federal elections in part because he is out of touch with the values of social conservatives.

“The Conservatives would’ve done much better if O’Toole had not alienated the party’s socially conservative base,” Fonseca said, citing O’Toole’s “shameless support for abortion, LGBT ideology, oppressive lockdowns, and liberty-destroying vaccine passports,” as the reason he failed to lead his party to victory against Justin Trudeau in September

As a result of O’Toole’s position,  some Conservatives hope to oust him as the leader and help the party reclaim traditional pro-life and pro-family values.