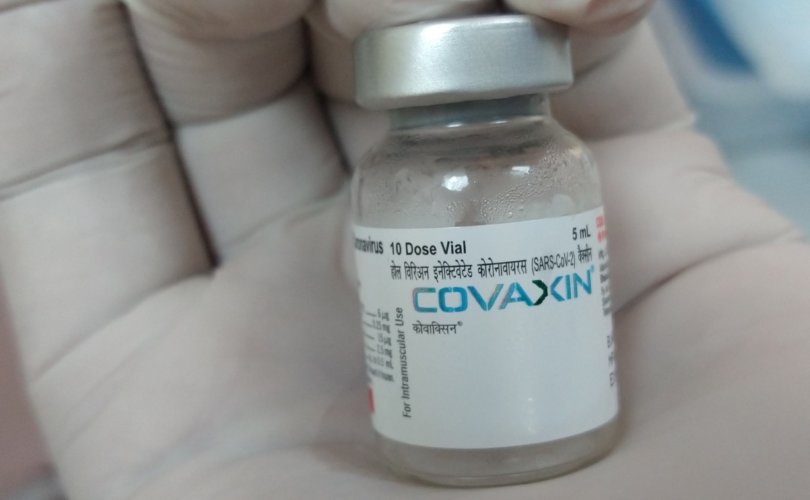 (LifeSiteNews) – A COVID jab developed without using an aborted fetal cell line has been created in India.

Covaxin is an inactivated, virus-based vaccine developed by Bharat Biotech’s cell manufacturing platform in conjunction with the Indian Council of Medical Research. Vero cells are a lineage of cells used in cell cultures developed in Japan in 1962 from isolated kidney epithelial cells taken from a species of monkey known as the “African green monkey.”

The fact that the medication was developed based on an animal cell line could be considered positive news for pro-lifers who want to avoid cooperation with a product or industry that uses terminated infants for research. So far, it is not clear whether Covaxin has used aborted fetal cell lines in testing.

Although Covaxin is approved in a variety of countries for use, the World Health Organization (WHO) said it “cannot cut corners” regarding Covaxin and is still reviewing the drug for safety.

The WHO has approved a number of other COVID shots, all of which contain cell lines from abortion in testing or development.

The AstraZeneca vaccine rollout was stopped in many regions, including Denmark, due to significant risks of fatal blood-clotting. The FDA recently halted the Moderna jab for teens due to risk of serious heart problems, including severe myocarditis. Both vaccine options are approved by the WHO.

In comparison with mRNA vaccines that have been shown to cause grievous harms due to issues with the “spike protein” mechanism, Covaxin operates with a more traditional vaccine technology, not dissimilar to older vaccines like the polio vaccine.

All vaccines present potential side effects, including sudden death and injury, although the risk profile of traditional vaccines is more largely known than the new crop of mRNA COVID jabs. In addition, many of the vaccines on the market for a variety of diseases are developed in conjunction with abortion, either in development or in testing.

Compared with mRNA vaccines, Covaxin is more stable in storage and does not have to be contained in drastically low temperatures, which proponents of the vaccine believe is helpful in distributing to countries with less medical infrastructure as a normal refrigerator would suffice for storage.

One study reported that Covaxin had an efficacy of 93.4% against severe COVID-19 disease and an overall vaccine efficacy of 77.8% against symptomatic infections confirmed by PCR tests. Against asymptomatic COVID-19, the efficacy was 63.6%.

These numbers are similar to what has been stated about other available vaccines, but the shots have proved to drastically wane in effectiveness in as little as six months.

Covaxin is a two-shot regimen like Pfizer and Moderna. The Indian vaccine manufacturer has also toyed with the idea of combining the Covaxin injection with a nasal vaccine developed by the company. Currently, Bharat Biotech is researching whether Covaxin boosters will be developed for use as is the case with other jab options.