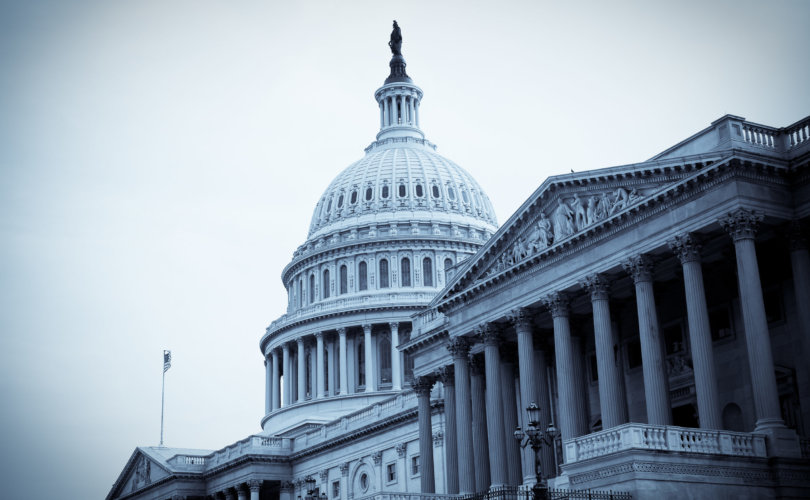 (LifeSiteNews) — Republicans in the U.S. House of Representatives and the Senate late last month issued concurrent resolutions that reaffirm the right to life for all human beings and emphasize that there is no international right to abortion.

The Senate resolution, sponsored by Senators Steve Daines of Montana and James Lankford of Oklahoma was issued Oct. 28 to commemorate the one-year anniversary of the Geneva Consensus Declaration on Promoting Women’s Health and Strengthening the Family.

The United States and 31 other nations signed this agreement under the Trump administration in 2020. The accord expresses a commitment by member nations to reject the spread of anti-life policies and support for abortion anywhere on the globe.

Shortly after taking office, however, the Biden administration declared the withdrawal of U.S. participation and co-sponsorship from the Declaration, stating that it “had the honor” to do so.

“Honoring the most basic right of an individual to live should not be controversial,” Lankford said, “but, unfortunately, President Biden is determined to be the most pro-abortion president in our nation’s history, as demonstrated by his decision to remove the United States from the declaration and promote abortion in other countries.”

“This resolution celebrates the historic nature of the Geneva Consensus Declaration and affirms the commitments we made with our like-minded friends a year ago,” Lankford continued. “Pro-life Americans will continue to defend the basic right to life for all individuals.”

The Senate resolution is co-sponsored by 14 others.

Republican Rep. Jim Banks of Indiana introduced Nov. 1 the companion resolution in the House that currently has 35 other co-sponsors, all of them Republicans.

Even though the Biden administration abandoned U.S. support for the Declaration, the international movement to support laws that protect the family and recognize the sacredness of all human life has advanced.

“The Geneva Consensus Declaration coalition has continued to grow to now 36 signatory countries,” Daines said, “which are committed to working together against the imposition of an anti-life, anti-family agenda.”

Daines also noted the importance of the Declaration’s respect for the right of sovereign nations to self-govern “without external pressure” so that protections for the family can be duly enacted.

Daines and Lankford also recently decried and denounced the allocation of tens of billions of tax dollars in the “Build Back Better Act” that could be used as a slush fund to support abortion initiatives and anti-life policies.

Because of the level of distrust inspired by the Biden administration for its lack of respect for human life, the Republican resolution also pledges to “conduct oversight of the United States executive branch to ensure that the United States does not conduct or fund abortions, abortion lobbying, or coercive family planning in foreign countries, consistent with longstanding Federal law.”