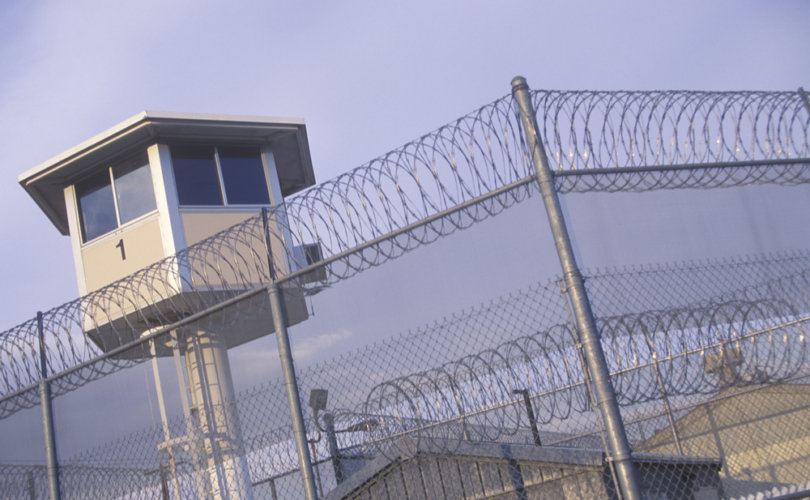 (LifeSiteNews) — Democrat Gov. Gavin Newsom has championed lockdowns and vaccine mandates, but he has come out against a jab requirement for prison workers.

The governor asked a federal judge to pause a vaccine requirement for prison workers. A hearing is set for Wednesday to hear challenges to the prison jab mandate.

“U.S. District Judge Jon S. Tigar last month ordered the state to come up with a plan to vaccinate all prison employees — not just those in health care settings — along with inmates who work outside of the prison,” the Sacramento Bee reported October 22. “Tigar’s order aligned with a recommendation from J. Clark Kelso, a federal receiver who oversees medical care inside the prisons.”

Newsom and the California Department of Rehabilitation and Corrections, along with the union that represents correctional officers, want to see the jab requirement paused.

They told Judge Tigar “[f] implemented, numerous correctional officers will leave their jobs rather than submit to a COVID-19 vaccine,” the Los Angeles Times paraphrased the court request as saying.

“That exodus, they argue, would plunge the state’s 34 prisons, which house some 99,000 inmates, into a crisis, including creating situations that could leave prisoners locked in their cells for much of the day,” the LA Times reported.

LifeSiteNews previously reported on Newsom’s opposition to the jab mandate. Some have speculated that it is due to the union’s financial support for the Democrat governor.

“One vaccine mandate Newsom does not support, however, is the one affecting the members of the California Correctional Peace Officers Association (CCPOA), a powerful state prison guard union that helped bankroll Newsom’s recall success with a massive $1.75 million campaign donation in July,” LifeSiteNews previously reported.

“Representing 28,000 officers statewide, the CCPOA came out strongly in support of the medical freedoms of its members, arguing that prison workers ought to be allowed to voluntarily choose or decline vaccination,” LifeSiteNews reported October 15.

The LA Times reported that another union representing prison staffers has also been a strong financial supporter of Gov. Newsom.

“The Service Employees International Union, which represents about 12,000 prison staff  member[s], kicked in a combined $5.5 million to Newsom’s anti-recall campaign from its various local unions,” the California paper reported.

Gov. Newsom does not apply this medical freedom logic to other workers or children.

In October, he made news when California became the first state to require all school-age children to get jabbed with the COVID shots.

“The state already requires that students are vaccinated against viruses that cause measles, mumps, and rubella – there’s no reason why we wouldn’t do the same for COVID-19,” Newsom said in an October 1 announcement. “Today’s measure, just like our first-in-the-nation school masking and staff vaccination requirements, is about protecting our children and school staff, and keeping them in the classroom.”

His office described its COVID policies as “bold public health measures” in an October 1 news release.

He also blamed people who have not gotten jabbed in July for further COVID outbreaks.

“We are now dealing with a pandemic of the unvaccinated, and it’s going to take renewed efforts to protect Californians from the dangerous Delta variant,” Gov. Newsom said July 26. He made the claim when he announced a vaccine or testing requirement for all health care workers and state employees.