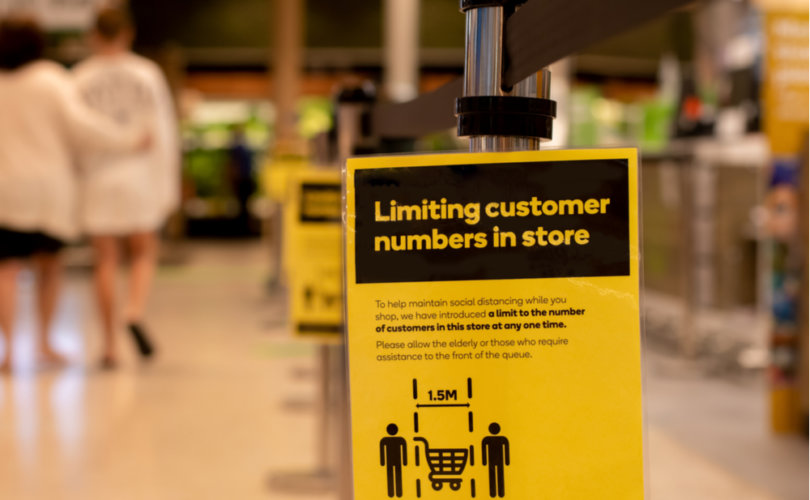 TORONTO (LifeSiteNews) — Citing a spike in cases and the spread of the so-called Omicron variant, Ontario’s premier and the province’s Chief Medical Officer announced yet another set of new COVID-19 restrictions on Friday.

While admitting that “nothing will stop the spread,” Ford stated that these measures can help in “delaying it.” Ford also addressed the fact that these actions will devastate businesses, but informed Ontarians that they are looking to “expand support for businesses and workers” shortly.

The latest restrictions come only two days after Ford announced that he was accelerating the mass vaccination booster program and moving up the eligibility for people as young as 18 to receive their third experimental shot from early January to Monday, December 20.

Ford also lowered the amount of time between the second dose and the third dose from six months to three months, despite America’s Centers for Disease Control and Prevention guidelines suggesting people wait “at least” six months.

Regardless of the heavy-handed response by Canadian governments and the insistence on giving people more injections, CDC data for December 1-8 showed 79% of Omicron cases were among the “fully vaccinated.” Further, Dr. Angelique Coetzee of South Africa, where Omicron was first discovered, said in an interview with the British independent broadcaster LBC that after four weeks of omicron in her country “there’s no reason why you can’t trust us when we say it’s a mild disease.”

Ontario’s new restrictions seem to be part of a nationally unified goal of curbing freedoms in the name of COVID-19, as many provinces, including Prince Edward Island, Newfoundland and Labrador, Quebec, British Columbia, and Nova Scotia have all announced increasingly restrictive measures this week.

Dr. Michael Palmer, a board-certified medical microbiologist teaching pharmacology at the University of Waterloo in Ontario, told LifeSiteNews in October, “There is just no way that any competent medical scientist who makes an honest effort to himself could not see that these vaccines – in particular the mRNA vaccines, which are touted as ‘the safe choice’ – will cause grave harm, and with a sufficient number of cumulative doses certain death.”