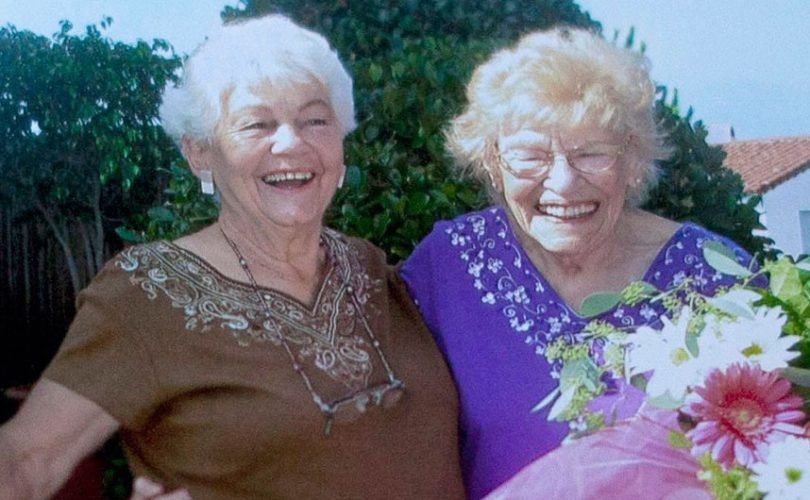 SAN CLEMENTE, California, January 5, 2012 (LifeSiteNews.com) – When 16-year-old Minka Disbrow gave birth to her daughter Betty Anne in 1929, she fell in love. It didn’t matter to Disbrow that her child was the daughter of a rapist, one of the men who violently attacked her and her friend when they went for a walk during a picnic.

But the circumstances were such that there was no hope that Minka could keep, and give a good life to her daughter. For one month she held and cared for Betty Anne at the Lutheran home for pregnant girls that her parents had sent her to, and then gave her up for adoption.

“I loved that baby so much. I wanted what was best,” Disbrow recently told the Associated Press.

Disbrow, who is now 100 years old, continued to maintain contact with the adoption agency, from which she received occasional updates about her daughter over the years. But when the adoption agency changed hands, the updates stopped.

As the years crept by, Disbrow got married, had two children, worked several jobs, and moved to various cities, finally settling in San Clemente – but in all the changes she never forgot her daughter, especially on the anniversary of her birth: May 22.

It was on one such anniversary, May 22, 2006, that Disbrow spontaneously offered a prayer, saying: “Lord, if you would just let me see Betty Jane, I won’t bother her, I promise. I just want to see her before I die.”

Only a few months later Disbrow’s phone rang. To her shock, she found herself talking to a strange man, who, after asking several questions about her identity, informed her that he was with Betty Anne, and that she wanted to speak to her mother.

That man was astronaut Mark Lee, one of Betty Anne’s six children.

“My knees buckled,” Disbrow told the Orange County Register about speaking to her daughter for the first time since their tearful parting so many decades previously.

It turns out that at the same time Disbrow had offered up her prayer in May, her daughter, who was in her 70s by the time, had started the process of looking for her biological mother. One of Betty Anne’s sons, Brian, led the search, obtaining his mother’s adoption records through a court order, and then locating Disbrow (who he thought would most likely be dead, given her age) through a simple internet query.

Now the mother and daughter are close, and regularly speak and visit with one another.

“It was just like we had never parted,” Disbrow told AP. “Like you were with the family all your life.”

The unlikely reunion started receiving attention after Disbrow began telling the story to church members and her community. The Orange County Register ran a story on the pair in December, followed by a story by the Associated Press, giving it national attention.