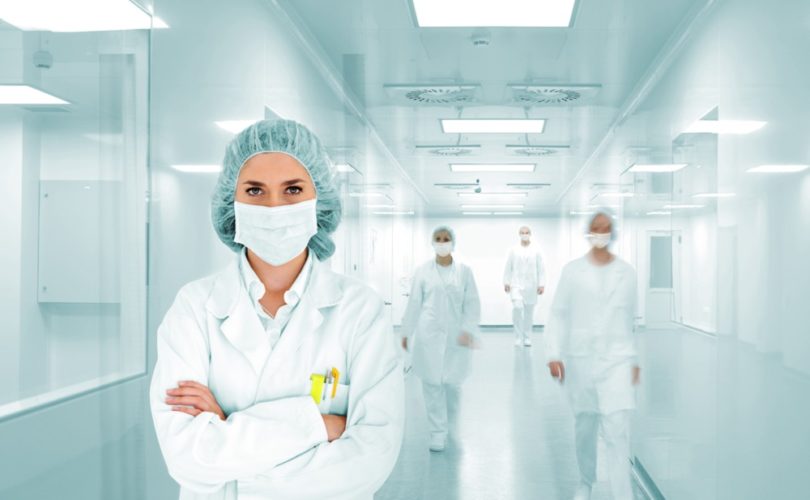 WASHINGTON, D.C., June 2, 2020 (LifeSiteNews) – An amicus brief filed last month by 78 current members of both chambers of U.S. Congress supports conscience protections for health care workers to be put in place by the U.S. Department of Health and Human Services (HHS).

16 state attorneys general also filed a separate amicus brief in support of the HHS rule, which would exempt health care workers from being forced to take part in abortions and other morally objectionable procedures.

“Congress has a longstanding bipartisan tradition of enacting legislation that promotes the rights of those whose conscience precludes participation in certain controversial actions,” the legislators began their argument to the Second Circuit Court of Appeals.

“Consistent with that tradition, Congress has repeatedly passed legislation shielding individuals and organizations from being forced to violate their consciences by performing, participating in, or referring patients for certain procedures, including abortion, sterilization, and physician-assisted suicide.”

Specifically, the Church Amendment, Coats-Snowe Amendment, and Weldon Amendment lay out that health care workers should not be pressured by institutions receiving federal dollars to participate in or refer for abortions and other immoral procedures.

“To ensure compliance with these federal conscience protections,” explained the 78 legislators in their amicus brief, “the Department of Health and Human Services (HHS) promulgated the Conscience Rule on May 21, 2019 to interpret and implement existing federal statutes.”

“For the last fifty years, Congress has been very clear: governmental and private entities cannot receive federal funds and discriminate against health care entities that refuse to perform or assist in the performance of particular procedures,” they concluded. “HHS should be allowed to enforce this statutory prerogative.”

The 16 state attorneys general, led by Ohio Attorney General Dave Yost, pointed out that “respect for liberty of conscience has ‘deep roots in the practices of the American states both before and after independence.’”

“Healthcare is one area where protecting conscience is particularly vital,” they added. “Many doctors, nurses, and other healthcare professionals have religious or moral objections to certain procedures, like abortion or assisted suicide.”

The new HHS rule, the attorneys general explained, has as its aim “to promote awareness of federal conscience protections and ensure their enforcement.” They added, “for conscience protections to work well, they must be common knowledge to those in the medical field and there must be some mechanism for punishing violations.”

The HHS Office for Civil Rights had first introduced its new rule on May 2, 2019, stating it was fulfilling “President Trump’s promise to promote and protect the fundamental and unalienable rights of conscience and religious liberty, a promise he made when he signed an executive order in May 2017 protecting religious liberty.”

“Finally, laws prohibiting government funded discrimination against conscience and religious freedom will be enforced like every other civil rights law,” said Roger Severino, Director of the HHS Office for Civil Rights, at the time.

“This rule ensures that healthcare entities and professionals won’t be bullied out of the health care field because they decline to participate in actions that violate their conscience, including the taking of human life,” he continued. “Protecting conscience and religious freedom not only fosters greater diversity in healthcare, it’s the law.”

Right away, the rule was challenged in court by pro-abortion attorneys general in New York and other states, as well as in California.

“Once again, the Trump Administration is putting politics over the health and safety of Americans,” claimed New York Attorney General Letitia James.

“The federal government is giving health care providers free license to openly discriminate and refuse care to patients – a gross misinterpretation of religious freedom that will have devastating consequences on communities throughout the country,” she continued.

“When the health of our residents is at stake, and the safety of vulnerable populations hang in the balance, we cannot rest until this ‘health care refusal’ rule is stopped.”

James did not explain how abortion, sterilization, and assisted suicide are procedures conducive to “the health and safety of Americans,” nor did she realize that unborn babies are part of the “vulnerable populations” whose safety she demanded.

On November 6, 2019, Judge Paul A. Engelmayer, nominated by President Barack Obama to the United States District Court for the Southern District of New York, vacated the HHS rule protecting the consciences of health care workers before it became effective.

“Engelmayer found the Department of Health and Human Services lacked authority to issue significant portions of the rule and that it unlawfully conflicted with civil rights laws banning workplace discrimination and the Emergency Medical Treatment & Labor Act,” Bloomberg Law summarized.

Following Engelmayer’s decision, Regina Frost, M.D., a Michigan-based OB/GYN, the Christian Medical & Dental Associations, and the U.S. Department of Health and Human Services appealed to the Second Circuit, and filed their opening briefs on April 27, 2020.