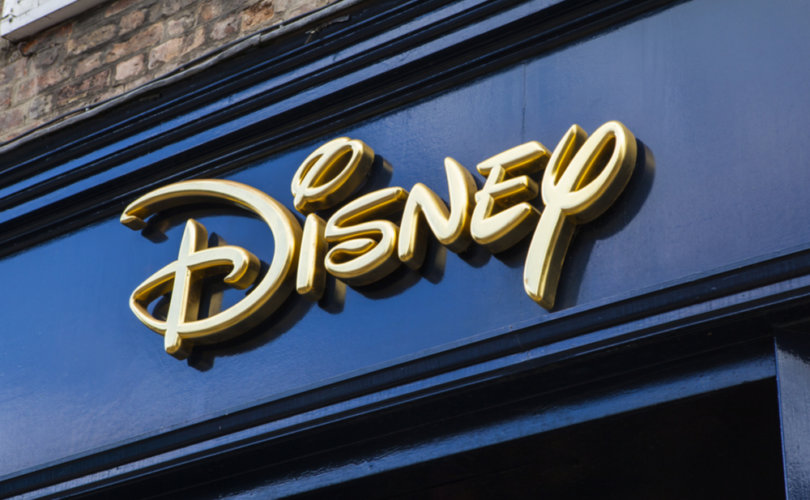 WINTER HAVEN, Florida (LifeSiteNews) — Four Disney employees, including one accused child sex predator, were among 108 arrested as part of an undercover human trafficking and prostitution sting by Florida police.

Xavier Jackson, 27, who worked as a lifeguard at Disney’s Polynesian Resort, was among four child sex predators arrested in “Operation March Sadness 2.” Polk County Sheriff Grady Judd said Jackson sent inappropriate photos of himself to an undercover detective who pretended to be a 14-year-old girl, according to CBS News. Jackson was charged with three counts of transmitting harmful material to a minor and one count of unlawful communication.

The other three Disney employees, who were arrested for attempting to solicit a prostitute, are Wilkason Fidele, 24, who worked at the Cosmic Restaurant at Walt Disney World’s Tomorrowland for four years; Shubham Malave, 27, who is on a visa citizenship from India and worked as a software developer for Disney; and Ralph Leese, 45, who worked in IT for Disney.

The human trafficker arrested was identified by Judd as 32-year-old Tiffany Nash, who managed a Kentucky Fried Chicken in Orlando.

Judd also touched on the importance of the arrests for involvement in prostitution, adding, “Where there is prostitution, there is exploitation, disease, dysfunction and broken families.”

While some feminists and LGBT activists are joining Amnesty International and the World Health Organization in calling for the decriminalization of prostitution, women who were involved in the sex industry, like former Madam and prostitute Tania Filloeau, have slammed prostitution for the mental, emotional, and even physical devastation it inflicts on women, as well as its frequent use in sex slavery.

Filloeau noted that more than 75% of prostitutes surveyed in a study met the criteria for Post Traumatic Stress Disorder (PTSD), which is “14% higher” than the rate for soldiers returning from intense combat. She also pointed to a 1998 report of prostituted women, which found that 92% said “they wanted to escape prostitution immediately if they had the resources.” She noted that “women who sell themselves are often coerced, forced or drugged into it.”

Christina Pushaw, spokeswoman for Florida Gov. Ron DeSantis, yesterday called on Disney’s CEO to “condemn” the involvement of Disney employees in child sex crimes and prostitution, and to “issue a statement in support of HB 1557 to protect children.”

HB 1557/SB 1834, known as the Parental Rights in Education bill, and dubbed the “Don’t Say Gay” bill by critics, has already been denounced by Disney’s CEO, Bob Chapek, who called DeSantis last week to express the company’s ​​”disappointment and concern” with the bill.

Everett Piper, writing for the Washington Times, has called objection to the bill “insane.”

According to the text of the bill, “Classroom instruction … on sexual orientation or gender identity may not occur in kindergarten through grade 3 or in a manner that is not age appropriate or developmentally appropriate for students in accordance with state standards.”

The bill further states that educational staff may not bar “parental notification of and involvement in critical decisions affecting a student’s mental, emotional, or physical health or well-being,” including the adoption of a new “gender identity.”

Piper described the purpose of the bill as “guarding the innocence of children and honoring the right of parents to teach their kids the moral standards they deem best.”

Back in 2015 in Ontario, MP Cheryl Gallant expressed concern over a sex-ed curriculum which included “discussions of same-sex relationships and gender identity” in grade 3. The curriculum was reportedly written under the direction of since-convicted child pornographer Benjamin Levin, who served as Ontario’s deputy education minister.

Levin also served as an advisor to Ontario Premier Kathleen Wynne, who publicly introduced the new sex-ed curriculum, from January until June 12, 2013. Since Levin’s release from prison, he reportedly continues to access academic studies on child pornography, and defends the research into what he calls “harmless fantasies.”