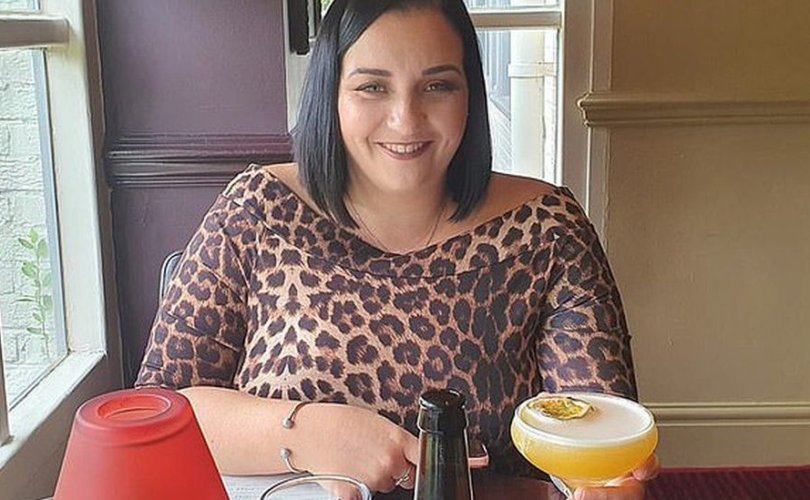 DONCASTER, England (LifeSiteNews) — A coroner in the United Kingdom told the BBC that a young mother’s death from a rare brain bleed was caused by the reception of AstraZeneca’s COVID-19 vaccine.

On March 16, Coroner Nicola Mundy confirmed to the BBC that 34-year-old Kim Lockwood’s March 2021 death was indeed caused by a “sudden and catastrophic” brain bleed brought on by the experimental AstraZeneca COVID-19 vaccine she received eight days before her passing. The official cause of death given by the coroner was Vaccine-Induced Thrombotic Thrombocytopenia (VITT).

According to the report, the mother of two was admitted to the hospital with an “excruciating headache” eight days after receiving the shot and died a short 17 hours later.

Munday called the situation “extremely unlucky” and added that little was known about the jab’s link to VITT at the time, but “medical advances” have allowed for hospitals to better recognize the reaction since then and act promptly.

While governments and media continue to claim that the risk of vaccine injury and death is rare, or even negligible, and while many jurisdictions begin rolling out a fourth dose, databases from the World Health Organization, the European Union, and the FDA and CDC-run VAERS (Vaccine Adverse Events Reporting System) continue to feature reports of millions of injuries and thousands of deaths linked to the jabs.

In VAERS alone, there have been more than 1 million reported adverse events and over 25,000 deaths linked to the novel COVID-19 injections since their rollout less than 18 months ago, totaling more than all other vaccines combined since 1990.

While causation is not explicitly confirmed through the VAERS reporting system, neither can it be presumed that all side effects are reported. Indeed, one study in 2010 found that “fewer than 1% of vaccine injuries” are reported to VAERS, suggesting the actual numbers of deaths and injuries are significantly higher.

Even vaccine manufacturers have calculated at least a “fifty-fold underreporting of adverse events.”

Strangely, there has been no discussion of halting this experimental COVID-19 vaccine drive despite the death count being 65 times higher than it was in 1976 when the U.S. government suspended its swine flu vaccine campaign after just 10 weeks due to 40 sudden deaths and several hundred reports of Guillain-Barré syndrome.

With the CDC (Centers for Disease Control and Prevention) reporting an infection survival rate of greater than 99.95% for those under age 50, many prominent doctors have decried mass injection against COVID-19 as doing more harm than good, especially in younger cohorts.

As affirmed by eminent doctor Peter McCullough, M.D., “[For] people under 50 who fundamentally have no health risks, there’s no scientific rationale for them to ever become vaccinated” against COVID-19.