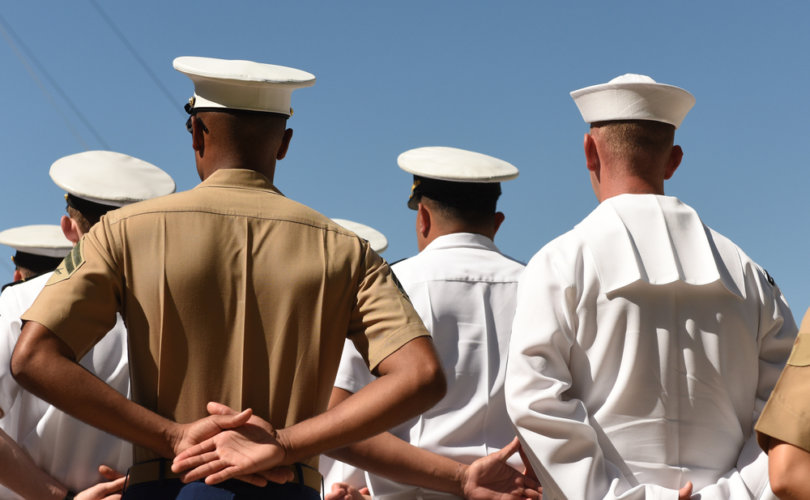 Judge Reed O’Connor issued a preliminary injunction on Monday against the Department of Defense (DOD) jab mandate. He previously stopped the DOD from enforcing it against dozens of Navy SEALs in a January 3 ruling.

The ruling covers the 3,320 active-duty sailors and 864 reserve sailors who have religious objections to the COVID vaccines. The Navy has approved zero religious exemption requests.

The Pentagon argued it undertook a case-by-case review of each request, but the judge dismissed this and pointed out that no exemptions were granted and that it used a form letter.

The ruling gives “class certification” to all members of the Navy who object to the vaccine on religious grounds, which means that each individual sailor would not have to file a lawsuit over a denial.

The ruling allows the sailors to sue for First Amendment and Religious Freedom Restoration Act (RFRA) violations. RFRA requires a government entity to prove that violating someone’s religious belief satisfies both a “compelling government interest” and is the “least restrictive” way to do so.

The DOD argued that a preliminary injunction should not be issued because some of the reviews of religious exemption requests had not been completed. Judge O’Connor ruled that it seemed likely none would be granted.

“The record indicates the denial of each request is predetermined. This is even more evident today than it was at the time of the Court’s January 3 Order, when the Navy had made no final determinations on appeal,” he wrote.

“Even though the Navy has adjudicated thousands of requests, it has not granted a single one,” he noted again in his ruling. “These class members need not wait for the Navy to engage in even more empty formalities. Because exhaustion is futile and will not provide complete relief, the case is justiciable.”

He noted that the sailors still seeking an exemption represented less than one percent of the Navy and that COVID cases were dropping.

“Since this Court issued its January 3 preliminary injunction order, COVID-19 cases have dropped dramatically worldwide,” Judge O’Connor wrote. “The Navy’s interest in vaccinating the remaining 0.6% of its personnel — or less — does not outweigh the harm Plaintiffs are facing as they try to exercise their constitutional rights.”