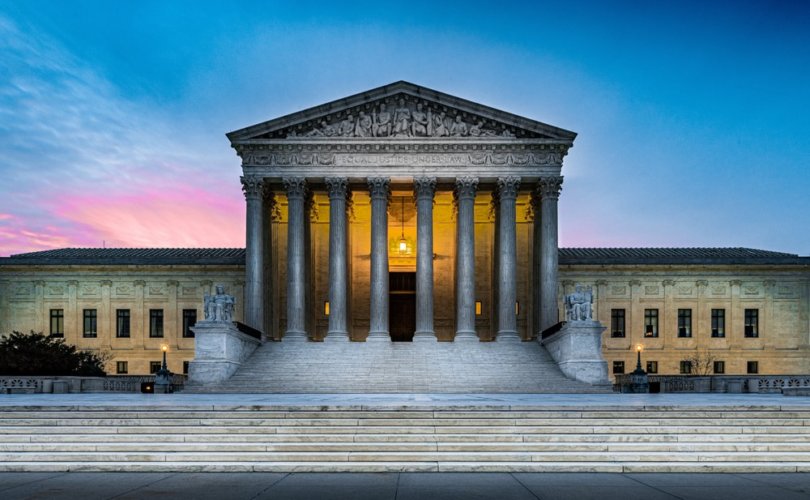 (LifeSiteNews) – The U.S. Supreme Court ruled unanimously Monday that the city of Boston violated the First Amendment by refusing to allow the flying a Christian flag in front of city hall.

In the Shurtleff v. Boston decision penned by liberal Justice Stephen Breyer, the Supreme Court ruled that because the city of Boston’s flag-raising program “did not express government speech,” Boston’s refusal to let petitioners fly their “Christian flag” “violated the Free Speech Clause of the First Amendment.”

The decision noted that Boston “approved the raising of about 50 unique flags” for 284 ceremonies held on the plaza between 2005 and 2017, most of which were the flags of other countries, but some of which “were associated with groups or causes, such as the [homosexual] Pride Flag,” or “a banner honoring emergency medical service workers.”

Breyer pointed out that while “flags on Boston’s City Hall Plaza usually convey the city’s messages,” “Boston’s lack of meaningful involvement in the selection of” various private groups’ flags, and in “the crafting of their messages, leads the Court to classify the third-party flag raisings as private, not government, speech.”

Harold Shurtleff, the director of an association called Camp Constitution, asked to celebrate the “contributions of the Christian community” and fly what he described as the “Christian flag,” emblazoned with a cross, in City Hill Plaza in 2017. His request was denied by the commissioner of Boston’s Property Management Department, who was concerned that “flying a religious flag at City Hall could violate the Establishment Clause and found no past instance of the city’s having raised such a flag,” wrote Breyer. He therefore allowed Shurtleff to hold an event on the plaza, but not raise their flag.

Shurtleff and his group Camp Constitution then sued with representation by Liberty Counsel, arguing that the prohibition of their flag on the plaza violated the First Amendment’s Free Speech Clause.

The Supreme Court decision is a repudiation of prior judgements by the District Court and the First Circuit that Boston could refuse to fly Camp Constitution’s Christian flag, based on the conclusion that the flag-raising amounts to government speech.

The proceedings of Shurtleff v. Boston can be found on SCOTUS blog.