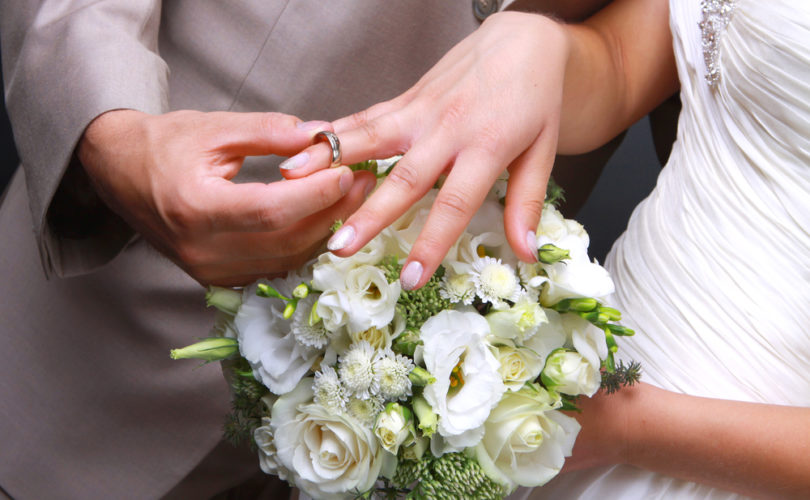 Another federal appeals court has struck down marriage protection laws in two states, bringing the total number of states where same-sex “marriage” may become legal to 21.

A unanimous decision by a three-judge panel of the 7th Circuit Court of Appeals ruled both Wisconsin’s and Indiana’s marriage protection laws unconstitutional last Thursday, upholding the two individual lower court rulings that first overturned the bans on same-sex “marriage” in June.  Both rulings had been stayed pending appeal, but in the hours following the initial rulings, hundreds of homosexual couples in both states jumped at the chance to legally “marry” before the states could request stays.  Thursday’s ruling means that both states must recognize those “marriages” as valid, at least until the 7th Circuit issues a stay or the U.S. Supreme Court makes a final ruling on the issue, as it is expected to do next year.

The unusually strongly worded 40-page ruling, written by Judge Richard Posner – a 75-year-old appointee of former President Ronald Reagan – slammed the states’ arguments that protecting true marriage is in the best interest of children, who deserve to be raised by a mother and a father.

“The craziest moments of Posner's decision are not merely ludicrous and poorly reasoned, they're scandalously offensive.”

Posner said that plenty of children are born out of wedlock and abandoned under current marriage protection laws, and suggested that such children would be better off being adopted by homosexual “married” couples.

“Many … abandoned children are adopted by homosexual couples, and those children would be better off both emotionally and economically if their adoptive parents were married,” Posner wrote.  He also argued that same-sex attraction is an “immutable,” or unchangeable, characteristic, like skin color or biological sex.

“The challenged laws discriminate against a minority defined by an immutable characteristic, and the only rationale that the states put forth with any conviction—that same-sex couples and their children don’t need marriage because same-sex couples can’t produce children, intended or unintended—is so full of holes that it cannot be taken seriously. To the extent that children are better off in families in which the parents are married, they are better off whether they are raised by their biological parents or by adoptive parents. The discrimination against same-sex couples is irrational, and therefore unconstitutional,” Posner wrote.

Posner urged the states to consider the emotional reinforcement legalized same-sex “marriage” would give to children adopted by (or artificially conceived by) homosexuals, by giving their parents a way to dismiss arguments made by peers who believe in traditional man-woman marriage.

“Children, being natural conformists, tend to be upset upon discovering that they’re not in step with their peers,” Posner wrote. “If a child’s same-sex parents are married, however, the parents can tell the child truthfully that an adult is permitted to marry a person of the opposite sex, or if the adult prefers as some do a person of his or her own sex, but that either way the parents are married and therefore the child can feel secure in being the child of a married couple,” Posner wrote.  “Conversely, imagine the parents having to tell their child that same-sex couples can’t marry, and so the child is not the child of a married couple, unlike his classmates.”

Posner went on to call gays and lesbians some of the most “misunderstood, and discriminated-against minorities in the history of the world.”

Posner was joined in his decision by Judge Ann Claire Williams, a Bill Clinton appointee, and Judge David Hamilton, who was selected by President Barack Obama.

“We know that the tradition of marriage as the union of husband and wife is nearly universal to the human experience; it is a tradition honorably celebrated and sincerely believed in by nearly every religious tradition and philosophy, throughout history and in our own day,” Brown wrote in a letter to his supporters. “It constitutes a deeply held belief for literally billions of people worldwide.  Well, Posner compares that tradition to cannibalism and ritualistic suicide!”

“You should be outraged, as I am, that the deeply held beliefs of millions of Americans like us can be subjected to such calumny by high-level judiciary official in our land,” Brown wrote.  “We should be disgusted to find the votes of millions of Americans to protect marriage and the interests of children in having a mom and a dad compared libelously to something as grotesque as cannibalism!”

Tony Perkins, president of Family Research Council, also criticized the court’s decision in a statement released shortly after the ruling was handed down.  Perkins said he was “very troubled” that the court failed to recognize the “self-evident truth that children need and deserve a mom and dad.”

“The ruling doesn't appear to allow society to choose to maintain a coherent definition of marriage,” Perkins said. “The courts have no true constitutional authority to unilaterally change the definition of our most fundamental social institution.”

Micah Clark, executive director of the American Family Association of Indiana, was also disappointed by the ruling.  “Marriage policy should be about protecting the established needs of children and society, not affirming the variable desires of certain political activists,” Clark said.

Wisconsin and Indiana officials have both appealed the 7th Circuit’s decision to the Supreme Court.  The court is currently in recess, but will reconvene in October.